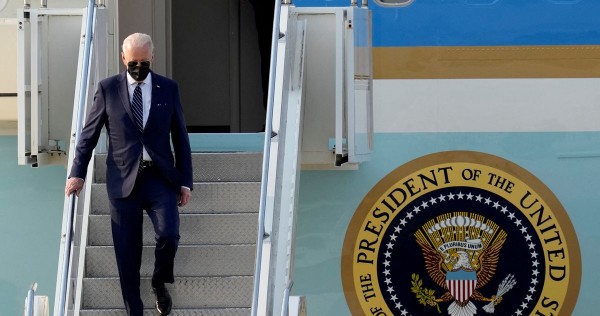 SEOUL – Two US Secret Service agents who were working on Joe Biden’s trip to Asia are being sent home after one was accused of drunkenly assaulting a South Korean the day before the president arrived in Seoul, officials said.

A Yongsan district police official told Reuters that one of the agents was arrested in the early hours of Thursday after getting into a fight over a taxi.

A US official disputed that the individual was detained or arrested, saying only that he was “investigated” by South Korean officials. The official said the other agent involved in the dispute was not investigated for wrongdoing.

“The Secret Service is aware of an off-duty incident involving two employees which may constitute potential policy violations,” said Anthony Guglielmi, a spokesperson for the agency.

“The individuals will be immediately returned back to their post of duty and placed on administrative leave. There was no impact to the upcoming trip.”

The incident occurred outside the Grand Hyatt hotel, where Biden was to stay as he starts his May 20-24 trip to South Korea and Japan. Biden arrived in Seoul on Friday evening.

The South Korean police official did not give the name or other information on the suspect.

The Secret Service is the US agency that guards the president and the White House. Secret Service members have periodically been involved in the past in incidents over misbehaviour overseas.

In 2012, 11 Secret Service agents were sent home from Colombia for alleged “misconduct” involving disputes with prostitutes before a visit by then-President Barack Obama.

TV Chosun, a South Korean broadcaster that first reported the incident in Seoul, said the suspect was in his 30s and was arrested after a fellow guest at the hotel called police.