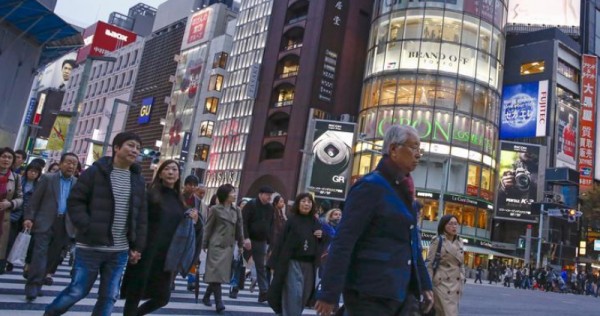 When former Prime Minister Shinzo Abe outlined in 2014 his ambitious plan to make Japanese women “shine” in the workplace and broader society by the end of the decade, he set a series of firm targets to cement his commitment towards that goal.

But the 2020 deadline Abe insisted on for his so-called “womenomics” policy has now come and nearly gone, with the country still falling short on almost all of the six key metrics that were cited as evidence of progress on gender equality. In some cases, woefully short.

Abe is no longer prime minister – he stepped down in September over health concerns and was replaced by his chief cabinet secretary, Yoshihide Suga – but his Liberal Democratic Party is still in power. His much-championed push to improve gender equality in the country shambles on too, though its critics charge that it was deeply flawed from the outset.

In early November, when Suga was briefed by Japan’s Council for Gender Equality on six years of progress towards that goal, he was told that most of the key targets for 2020 should now be pushed back by a decade.

His response, issued in a statement after receiving the report, was: “We need to carry out introspection on the fact that the plan has not made sufficient progress and undertake a new effort.”

So the government is now set to adopt a fifth plan on the promotion of gender equality, commencing in 2021 and lasting five years.

The last one, according to Noriko Hama, an economics professor at Kyoto’s Doshisha University, “was based on incompetence because the people behind it failed to do the maths”.

“They just wanted to come up with something that looked and sounded groundbreaking and ambitious,” she said. “Their plans were deeply flawed from the beginning and were primarily designed to keep up appearances, but even I didn’t think they would do as dismally as they have

How much this has to do with government policy is debatable, however. A consecutive push to get Japanese fathers with a child under the age of 6 to spend at least 150 minutes helping out around the house each day had, as of 2016, only achieved a 16-minute bump on 2011’s figure of 67 minutes.

Arguably one of the most achievable metrics specified in successive government plans has been the proportion of women as candidates in elections to Japan’s lower house of parliament. In 2014, that figure stood at 16.6 per cent, with a target of 30 per cent by 2020. Yet at the last election in 2017, just 17.8 per cent of candidates were women.

Mieko Nakabayashi, formerly a politician with the Democratic Party of Japan and now a professor in the school of social sciences at Tokyo’s Waseda University, finds that statistic particularly disappointing, as a cross-party group of politicians had passed a law in 2018 requiring parties to ensure that more seats were contested by female candidates in both the national and local elections.

“But it was not backed up by sanctions if the quotas they recommended were not met, and without that requirement, then the parties have only really made rather half-hearted efforts,” she said.

“That is in part because if they had to have more women to meet those quotas, then it would obviously be men that they were replacing, so it’s not surprising that they have largely chosen to ignore the rules.”

At present, fewer than 10 per cent of the politicians in the 465-seat lower house of Japan’s parliament are women, putting the country 167th in the world for gender equality in politics and well below the global average of 24.3 per cent of MPs, according to the United Nations .

While the Suga administration’s coming gender equality plan may not have a solution to this, it does incorporate a number of new initiatives such as considering legislation to allow women to retain their maiden names after marriage, changes to the child support payment system and a drive to have more women judges in the nation’s courts.

Such proposals are likely to be welcomed, said Hama the economics professor, “but we need to get more of the basics fixed first”.

“Right now, women are too busy trying to get through the situation that we find ourselves in,” she said. “Those that have not already lost their jobs are trying to hang onto them at the same time as taking care of their children and the home.

”They have other more immediate problems. They’re trying to deal with cases of sexual harassment in the workplace, paying the bills and cooking the dinner.”

Despite the challenges, Hama remains optimistic. “I think that Japanese women have the power to make things happen when they come together and while that has not happened yet and there are all sorts of barriers, I know it could,” she said.