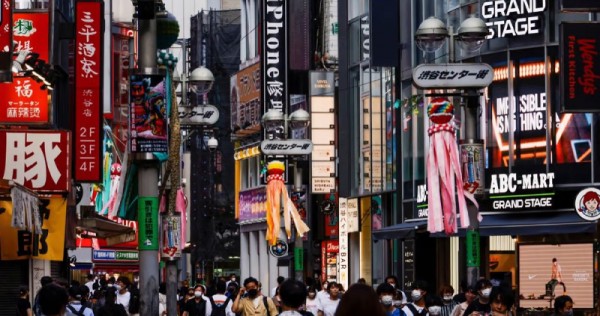 A 15-year-old girl who stabbed two people in Tokyo’s Shibuya district on Saturday (Aug 20) and expressed intention to kill her family has refocused attention on troubled youth in Japan, in a nation where people are famously tolerant of others and where violent crime is rare.

The girl, who has not been named as she is a minor, told police she wanted to kill her family with whom she lives in Saitama Prefecture and to “see if people could die from stab wounds”.

Videos circulating of the attack showed passers-by comforting the two victims with others pinning the assailant down until police arrived. Three knives were recovered at the scene, police told local media.

The girl was arrested on suspicion of attempted murder after attacking a 53-year-old woman and her 19-year-old daughter on a street in Shibuya around 7.20pm on Saturday. Mother and daughter sustained stab wounds up to 10cm deep.

A child welfare expert has warned that the teenager – who reportedly told police she hoped to get the death sentence – is just the tip of an iceberg of a society with distressed and increasingly desperate young people who have nowhere to turn in Japan.

Fujiko Yamada, founder of the Child Maltreatment Centre, said her organisation had seen an increase in young people appealing for help.

“The problem in Japan is that children just do not know how to express the way they are feeling about everything that causes them stress, which is often related to relationships within their families,” she said.

Japanese schools have mandatory moral education classes during which pupils are taught respect for others, not to discriminate and to consider other people, “but that education does not include ways to protect themselves, either from physical threats from other people or from the stresses of everyday life”.

“The education system is just not giving them the skills they increasingly need to get by in modern society,” she said, adding that it’s often no better beyond schools.

A spate of knife attacks in Japan, a country typically known for its low rate of violent crime, in recent years has prompted local media to coin the term “kireru ” to describe frustrated young people suddenly losing control and lashing out. Attacks by teenage girls are usually far less frequent than those committed by males.

In August 2021, Yusuke Tsushima, 36, attacked fellow passengers on a train on the busy Odakyu Line in west Tokyo. Ten people were injured, with Tsushima’s fury largely directed at a 20-year-old female student.

Tsushima later told police he had been unable to find a girlfriend: “I have been wanting to kill happy-looking women for the past six years.”

Japanese netizens have been divided in opinion, with some demanding that the 15-year-old girl face a lengthy prison term and some expressing concern about mental health and fear about random attacks.

“I’ve been feeling more fearful of being in public places again lately,” said one message on the Yahoo Japan news site. “You never know what is going to come flying out from somewhere. I fear that Japan has become a dangerous country. It is of course wrong to hurt people, but we must do something about a society in which young people cannot have dreams.”

Another asked, “What was the family around her doing? Is it possible she was lonely, starved of love and possibly have some kind of developmental disability? There are so many things that we do not know, but I feel that the number of children and adults who do not understand each other’s pain is increasing.”

Others expressed less sympathy for the alleged assailant and called for tougher punishment, with a message on the online page for the Mainichi newspaper that said: “It is time for a change in the law. It is too much to ask for rehabilitation for people who do this kind of thing. If you hurt someone, you should not be allowed to live normally for the rest of your life.

“If we do not become more strict, then there will only be more cases such as this.”

Taiwan saw off China before and resolve to defend remains, president Tsai says