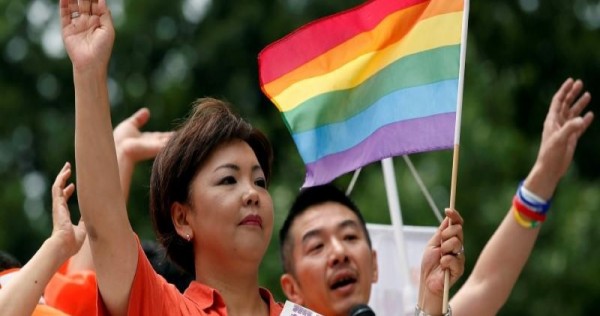 A local politician representing a district in central Tokyo has refused to retract or apologise for claiming the ward would cease to exist if a local ordinance was passed requiring schools to teach students about same-sex families .

Masateru Shiraishi, chairman of the Adachi Ward welfare committee, made his remarks at a meeting last month and they have since provoked widespread condemnation online, with posters criticising him as a “dinosaur” guilty of hate speech.

Another poster wrote: “Perhaps looking for a way to improve the lives of your constituents rather than being a homophobe would be a good idea as a politician.”

“Anti-discrimination laws for LGBT people have been enacted in European Union member countries, but this has not lowered their birth rates,” he said.

“The LGBT population does not increase or decrease because of education,” he said, adding Shiraishi should either leave office or retract his remarks.

Israeli girl makes a splash with her pet python