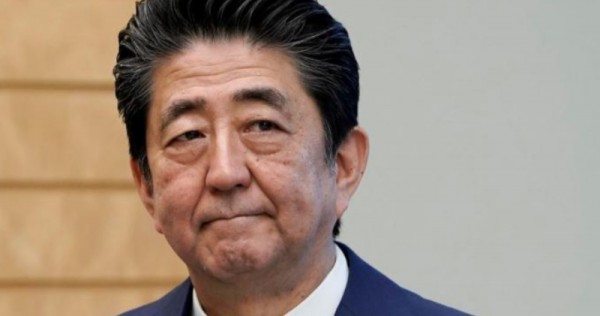 Japanese Prime Minister Shinzo Abe spent more than seven hours at a Tokyo hospital on Monday for what his aides have been at pains to insist was a routine medical check-up, though this has not ended speculation about the 65-year-old’s health and who might replace him if he has to step down.

Abe, who became the country’s longest-serving prime minister in Nov, had his first stint in charge cut short in Sept 2007 after just 366 days, in part because he was chronically ill with ulcerative colitis.

He has since been able to manage the disease thanks to a medication that was previously unavailable in Japan, and went on to lead his Liberal Democratic Party to victory in 2012’s general election – holding on to the top job in the world’s third largest economy ever since.

Abe was discharged from Tokyo’s Keio University Hospital at around 6pm on Monday after a battery of tests, the prime minister’s office confirmed to local media, and returned to his home in the capital. He did not reply to shouted questions upon his discharge.

Typically, Abe has undergone hospital check-ups about once every six months, but his previous visit was only two months ago, on June 13.

Government officials played down reports that he was seriously ill after a news magazine reported that he had vomited blood at his office on July 6 and cancelled his engagements for the rest of the day.

It was also pointed out that he had failed to attend any parliamentary sessions or given any press conferences for more than a month.

Domestic media have kept a close eye on Abe’s movements, noting that he paid his first visit for months to a gym on Aug 10.

Broadcaster TBS even took to timing his daily walk across the foyer of his residence in a bid to gauge the state of his health, Bloomberg reported

Finance Minister Taro Aso told reporters on Monday that Abe had worked for 147 consecutive days through June 20, saying: “It’s not surprising that someone who has not taken a rest for that long is in rough shape.”

Akira Amari, a close Abe associate and LDP lawmaker, wrote on Twitter on Monday that he had called on the prime minister’s secretaries to cut back on his appointments. The secretaries responded that Abe himself refused to take time off, Amari said.

“I am sure that he has been under a lot of sustained and extreme stress,” said Noriko Hama, a professor of economics at Kyoto’s Doshisha University.

“But the timing is very unfortunate because of the challenges that we face at the moment.”

Japan has been battling a spike in coronavirus casesin Tokyo and on Monday reported second quarter GDP figures that showed the worst economic contraction on record, unwinding gains made through the series of controversial economic reforms Abe introduced known as “Abenomics”.

The government has also had to deal with flooding across much of southern Japan, fractious relationships with the country’s neighbours and uncertainty in bilateral ties with the US.

While it may be that Abe only requires a few days to rest and recuperate before returning to the fray, analysts agree that protocols need to be put in place in the event that he is once again unable to complete his term, which is set to end next Oct.

If he had to step down prematurely, the post would automatically pass to Aso, who also had a short-lived stint as prime minister in 2008-09.

Aso would only be interim leader, however, until the party could arrange an election for a new president, according to Hiromi Murakami, a professor of political science at the Tokyo campus of Temple University.

Whoever won that vote would be expected to call a general election to legitimise their position, she said.

A complication might arise with the LDP’s junior coalition partner Komeito, but Murakami said even if it did Abe’s party still has a working majority in Japan’s Diet.

He later visited Malaysia, while the previous week he had been in London for discussions on a free-trade agreement between Britain and Japan.

Motegi has repeatedly underlined the importance of meeting his opposite numbers in person, despite the coronavirus pandemic, and has earned quiet praise for his negotiating skills and ability to get things done.

Abe was previously believed to be favouring LDP policy chief Fumio Kishida as his successor, but he is seen as a dove on China and Aso was quoted as saying recently that while Kishida would make a good leader in times of stability, he is “not for troubled times”.

Other names thought to be in the hat include Shigeru Ishiba, a former defence minister and long-time critic of Abe’s policies; and environment minister Shinjiro Koizumi – though at 39 years old, the son of former Prime Minister Junichiro Koizumi is considered a little too young and politically inexperienced.

“The jousting has started and it is likely that Motegi is looking to collect supporters,” said Hama, the economics professor.

“He has been rising in the party quite steadily, but I am not sure if the public knows enough about him to support him in an election. Has he been in the limelight enough to be a leader?”

For political-science professor Murakami, Motegi “is much more ambitious than the other candidates that have emerged so far”.

“He appears quite confident in himself and I think he would be eager to take the position if he was given the chance, at the same time as Kishida’s star seems to be waning,” she said.

There are also reports from within the party that Motegi is attempting to build alliances with competing factions, with tabloid newspapers reporting that he dined in Tokyo with Aso on July 31.

The same tabloids have claimed that the deputy prime minister is quite taken with the idea of Motegi taking over as prime minister – although there will inevitably be plotting and counterplotting between the various players and their supporters before election day.

Hama said that while Abe being too unwell to stay in office would be “very unfortunate”, the subsequent shake up of Japanese politics could be just what the nation needs.

“This could be the chance for the whole political picture to change and that at long last we might be able to say goodbye to Abenomics,” she said.

“This could be just the thing that we have been waiting for, depending on the results of the election and Abe’s successor. This could be real change in a positive and productive way.”