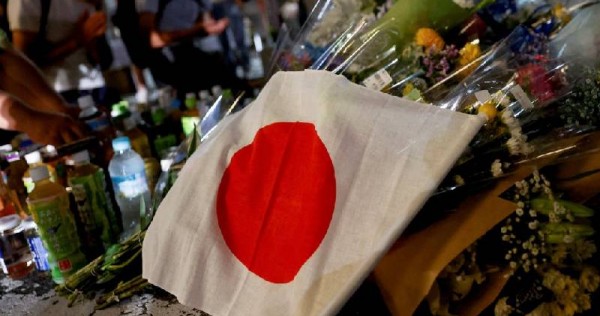 TOKYO – Japan will spend about 1.65 billion yen on the state funeral planned for former Prime Minister Shinzo Abe, according to the government’s new estimate on Tuesday (Sept 6) which includes security and reception costs.

The government in late August approved a more modest budget of 250 million yen for the funeral but then faced criticism for what was deemed an unrealistic figure that excluded hefty outlays for the security and hosting of VIPs.

The government is now estimating the security fee for the funeral will reach about 800 million yen, while hosting foreign delegations will cost about 600 million yen, Chief Cabinet Secretary Hirokazu Matsuno announced.

“If we were to give a simplified estimate, I guess the total would be close to what you said,” he said in response to a question asking whether the total of the state funeral would be about 1.7 billion yen.

Some 6,000 guests are expected to attend the ceremony, to be held on Sept 27 at Tokyo’s Nippon Budokan hall. Those guests include over 190 foreign delegations, of which about 50 are expected to include head-of-state level VIPs according to Matsuno. Abe was shot to death during an election rally in July.

Opposition to a taxpayer-funded service for Abe, Japan’s longest-serving but deeply divisive premier, has persisted, exacerbated by revelations of his and other ruling party members’ links to the controversial Unification Church. Prime Minister Fumio Kishida’s approval ratings have fallen in tandem.

“We decided to give this estimation in accordance with Prime Minister Fumio Kishida’s bid to be thorough about clarifying the details” of the state funeral, Matsuno said.

Abe’s suspected killer told prosecutors he held a grudge against the religious organisation, known for its mass weddings and aggressive fund-raising tactics, and he believed Abe had connections to the group, local media have reported.

A Yomiuri newspaper poll conducted earlier this month showed 56 per cent of respondents opposing the state funeral, compared with 38 per cent in favour.