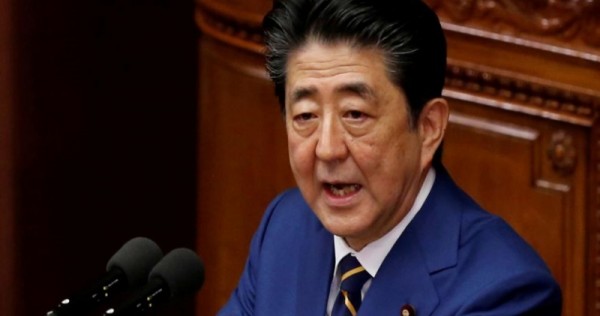 Domestic media said earlier this month that prosecutors had asked Abe to report for voluntary questioning in a case they were building against his secretary over unreported political funds involving as much as 40 million yen (S$514,010).

Abe’s office did not immediately respond to questions and no further details were immediately available.

Abe, who stepped down due to poor health in September, is under fire on suspicion his office helped cover the costs of dinner parties for supporters, a possible violation of funding laws that Abe vehemently denied when questioned in Parliament last year.

The scandal, which dogged Abe during the last year of his tenure, also risks damaging current premier Yoshihide Suga, who was Abe’s right-hand man during his 2012 – 2020 term and is already under pressure for his response to the coronavirus, including a U-turn on a travel subsidy programme.

Suga has also drawn fire for joining end of the year social gatherings after imploring Japanese citizens to avoid such parties as the country sees a record number of coronavirus cases.

Politicians in Japan cannot provide anything to constituents that could be construed as a gift. The rule is so strict that two ministers in Abe’s cabinet last year had to quit over giving things such as melons, crabs and even potatoes to voters in their constituencies.