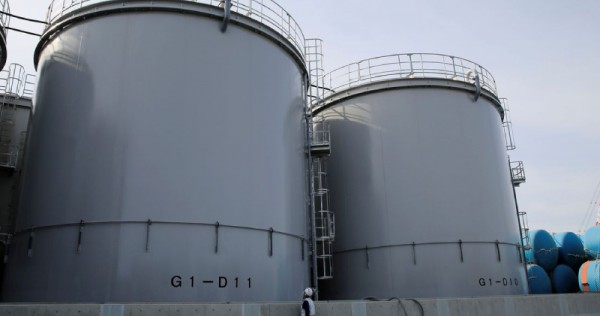 Their primary task will be to safeguard the 59 reactors at the plants around Japan.

“Public interest in the safety of nuclear plants has surged,” Kishida said on Monday (March 14), in reference to footage of the Russian military assaulting the Chernobyl nuclear plant and the facility at Zaporizhzhzia, the largest atomic energy facility in Europe.

His comments come as the government faces pressure from a small group of politicians to permit more reactors to resume operations, given the sharp rise in energy costs.

Members of the ruling Liberal Democratic Party have teamed up with representatives of Ishin no Kai, a conservative leaning opposition party, to lobby for more nuclear power generation to ease the pain of sharply rising electricity bills. Resource-scarce Japan imports coal, natural gas and oil for its electricity needs. The share of nuclear power in its energy mix declined after the March 2011 disaster at the Fukushima Dia-Ichi facility.

Just five of Japan’s plants are presently operational, although all are at reduced capacity as the industry attempts to gradually ramp up output – and rebuild its reputation. Twenty-six of the reactors that were online 11 years ago are in the process of being decommissioned.

Japan’s nuclear regulators have imposed strict new safety protocols on operators, including new regulations against potential terrorist attacks, but recent events in Ukraine have focused the government’s attention on the issue.

On March 8, Fukui Governor Tatsuji Sugimoto met with Defence Minister Nobuo Kishi in Tokyo and made an “emergency request” for the deployment of members of the Self-Defence Forces to protect the 15 nuclear reactors in his prefecture.

“Operating reactors should never come under attack,” the Governor said in a statement. “To prepare for such a contingency, I urge the Defence Ministry to set up SDF bases to intercept attacks.”

Fukui has the most reactors of any Japanese prefecture and is on the north coast, directly opposite the Korean peninsula.

“After the Fukushima disaster, all nuclear plant operators were required to resubmit comprehensive safety protocols, to include plans for the protection of the facilities from criminal or terrorist attacks,” said Garren Mulloy, a professor of international relations at Daito Bunka University and an authority on defence matters.

“Unfortunately, the regulators determined that several of the plants’ plans were inadequate and the Ukraine situation now has made what was already a sensitive situation even more sensitive,” he said.

Although it is unlikely state actors would target a nuclear power plant, Mulloy pointed out, the crisis in Ukraine has underlined the lesson that just such an event cannot be entirely ruled out. And there are two reasons why an enemy might target Japan’s nuclear power plants, he said.

The first would be to knock out Japan’s energy supply to cause disruption, as has been the case in Ukraine. A more effective way of achieving the same result would be to hack into the plant’s operating system, which would also have the benefit of being more deniable by the attacker.

The alternative approach would be more worrying; an enemy could target a nuclear plant with a missile not necessarily to trigger a nuclear explosion, but to create a “dirty bomb” of vast amounts of nuclear material released into the atmosphere. Such a scenario would force the evacuation of surrounding areas, panic in the population and widespread disruption. The meltdowns of three reactors at the Fukushima plant had a similar effect to a “dirty bomb.”

Governments have since the 1970s been extremely concerned about the possibility of a nuclear plant becoming a target for extremists, with good reason. In the mid-1980s, French intelligence became aware of a plot to hijack a civilian airliner and crash it into one of the nation’s nuclear plants. Surface-to-air missiles were for a time deployed near French nuclear facilities but the plot was eventually foiled without incident.

Japan has no home-grown terrorists to worry about, Mulloy points out, while China would be “very unlikely” to contemplate an attack on Japanese nuclear facilities as the radiation could affect its own citizens and the risk of retaliation against Chinese plants would be high. Similarly, North Korea would have to be “acting irrationally” to attack a Japanese power plant, said Mulloy, while there are also questions about the reliability and accuracy of its missiles.

The specialist units to guard nuclear plants are likely to be drawn from Japan’s elite riot squad and may form a mobile reserve that cooperates with regular local police and private security guards employed by the operator of the site. They may well be modelled on the armed police teams deployed at British nuclear plants, who are low profile but trained to deal with specific threats to facilities.