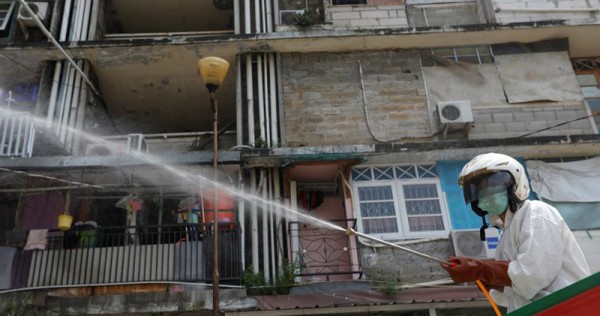 An Instagram user is under fire for offering a service to forge polymerase chain reaction (PCR) test results for Indonesians who wish to travel to other cities.

Tirta lambasted the user for taking advantage of the Covid-19 situation for profit, and called him out publicly for endangering the public.

“Do not take advantage of Covid-19 for such a matter. Are you aware of how many people have been disadvantaged by this? Who lined up [for a long time] for a mere test?” Tirta said as quoted by kompas.com.

The Instagram user, who is yet to be identified, said individuals who wished to obtain a PCR test result without having to undergo a test first could do so by paying him Rp 650,000 (S$60.46). The result, according to the Instagram user, could be issued within an hour.

People who wished to use his service only needed to show him their identity card in exchange for a forged PCR test result that could be used in all Indonesian regions, he claimed. In the same post, he also boasted that the service had been used by more than 30 people.

Bumame Farmasi, a pharmacological company in South Jakarta, released a statement on the company’s Instagram account after their logo was used on one of the allegedly fake PCR results. “None of the staff in Bumame are able to forge the test result as every test had to undergo a strict validation process from doctors and administrators to prevent any mistake or forged result,” the company said on Wednesday.

In order to prevent forged results, Bumame stated that the company would put a QR code on every future test result, through which the original result could be accessed from the company’s database by scanning the code.

In response to the counterfeit PCR test, Covid-19 task force spokesman Wiku Adisasmito warned the public against procuring it to allow them to travel outside the city.

“Never take this issue lightly. Please refrain from engaging in such a practice and immediately alert the authorities if you witness a similar case,” Wiku stated. (dpk)