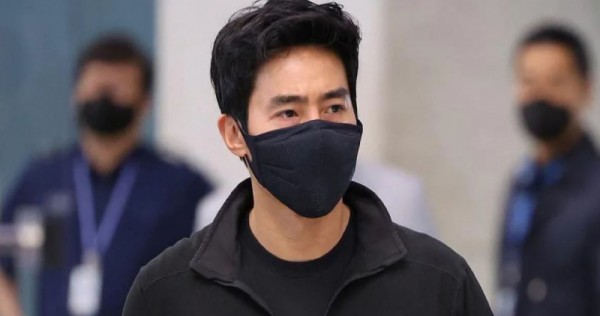 SEOUL – A South Korean volunteer fighter returned home from Ukraine on Friday (May 27) saying he had to recover from injuries and was ready to face a police investigation on suspicion of breaking the law by defying a government ban on travel to Ukraine.

Volunteers from around the world have flocked to Ukraine to help it fight Russian forces that invaded on Feb 24. Russia calls its action in Ukraine a “special operation”.

Mr Rhee Keun, a former member of South Korean naval special forces who is also known as Ken Rhee, flew back to South Korea with media broadcasting his return live on television.

“I haven’t left the battlefield completely but came to recover from injuries. I want to go back… because the war has not ended, there’s still a lot to do,” Mr Rhee said at the airport.

Mr Rhee said he was suffering from cruciate ligament injury in both legs. He was able to walk.

He said about 10 policemen had been waiting for him as he stepped off the plane and they had told him to quarantine for a week as a Covid-19 precaution, and he would then be summoned for questioning.

“I will cooperate in the investigation,” he said.

A police spokesman was not immediately available for comment. A military spokesman confirmed that Mr Rhee had served in navy special forces.

Mr Rhee posted pictures and video of his experience in Ukraine on social media.

South Korea’s foreign ministry filed a police complaint against him in mid-March, shortly after he went to Ukraine, on charges of violating a passport act.

South Korea banned its nationals from travelling to Ukraine in February for safety reasons.

Under the law, those who defy a ban can be jailed for up to a year or fined 10 million won.

Mr Rhee said Ukraine had offered him citizenship and even land but he had declined.

“I don’t think it’s right to take citizenship to avoid a fine or trial,” he said.