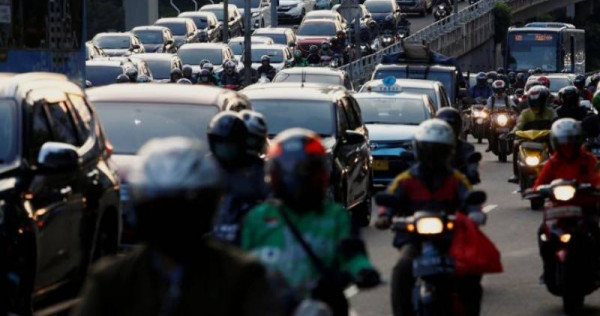 JAKARTA – Indonesia’s capital city Jakarta on Tuesday (May 19) extended its large-scale social curbs (PSBB) until June 4, maintaining restrictions that limited public transportation and gatherings in a bid to contain the spread of the coronavirus.

The move comes despite the central government’s plans to ease the policy and allow businesses to resume operations.

Indonesia is allowing regional health authorities to impose their own measures if the health ministry finds sufficient evidence of a rise in coronavirus cases.

“The more people stay at home, the less transmission there is,” Jakarta governor, Anies Baswedan, said in a video conference.

“These could be the final (restrictions), if we’re disciplined.”

He cited people leaving their houses at dusk and night during the holy month of Ramadan as the reason behind the extension.

Jakarta has also shut its schools and most shops and malls have chosen to close.

The city of about 10 million people has recorded 6,155 coronavirus infections and 470 deaths. Indonesia has reported 18,496 infections and 1,221 fatalities so far, the highest death toll in South-east Asia.

First imposed on April 10, the Jakarta administration had previously extended the restrictions for another 14 days from April 22 as the outbreak had yet to subside at that time.

During Tuesday’s press briefing, Anies said he made the decision following a study by epidemiologists claiming the Covid-19 reproductive ratio in the capital had been dropping since the administration first imposed the PSBB on April 10.

The ratio refers to the expected number of cases directly generated by one case in a population deemed susceptible to the disease.

The policy had also led to more than 60 per cent of the city’s residents staying at home, according to a University of Indonesia School of Public Health study.

However, the study also showed that the number of new cases had been rising again during the Islamic fasting month of Ramadan as people were found to be spending more time outside during the afternoon and the evening.

“The next 14 days will be a defining moment for us, whether the number (of new confirmed cases) will rise, stagnate or decline. If we’re disciplined in staying at home for the next two days, Insya’Allah (God willing) we’ll succeed in controlling the Covid-19 spread,” Anies said.

“We’ve progressed much in the last two months, but this isn’t over yet. We will not ease (the PSBB).”

Anies urged all Jakartans to avoid going outside their homes, even during the upcoming Idul Fitri holiday, expected to fall on Sunday.

“We hope for this to be the last period of PSBB,” Anies said.

The city administration made the decision while the central government continues its deliberations over whether to ease the restrictions imposed on several regions across the country. The latter is also looking at allowing businesses to resume operations gradually.

President Joko “Jokowi” Widodo previously said the country might have to learn to live with Covid-19 as the government looked for ways to keep people productive and safe in a “new normal” scenario while coexisting with the disease.

He went on to say that the government needed to make sure the public continued to follow health protocols in areas where restrictions were scaled back.

While supporting the government plan to reopen the economy, businesspeople and economists warned that making such a decision too soon might trigger a second wave of infections, and that the government must be extra careful in easing social restrictions.

According to the government’s official count on Tuesday, there were 18,496 confirmed cases across the country with 1,221 deaths. Jakarta remains the country’s epicentre with 6,155 cases and 470 deaths.