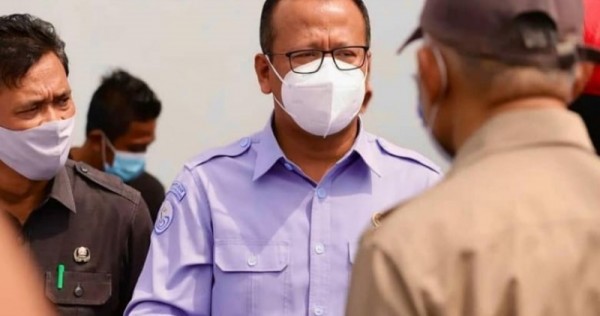 The minister was among several people held and could be detained and questioned for up to 24 hours, added Ali Fikri of the Corruption Eradication Commission (KPK).

Media said the minister was arrested when he arrived with his wife and an aide at the capital’s Soekarno-Hatta airport after a trip to the United States.

The minister could not immediately be reached for comment.

A source at the anti-graft agency, who declined to be identified until an official statement was issued, told Reuters the arrests were linked to an investigation into the export of baby lobsters.

This year, the minister overturned a ban on the export of lobster larvae imposed by his predecessor.

The scrapping of the ban sparked criticism over sustainability concerns and was followed by accusations in an investigative magazine in July about irregularities in the award of licences to export lobster larvae.

Edhy Prabowo denied wrongdoing in comments to media in July.

Indonesia, Southeast Asia’s biggest economy, ranked 85 out of 198 on Transparency International’s Corruption Perception Index in 2019, improving from 89 a year earlier.