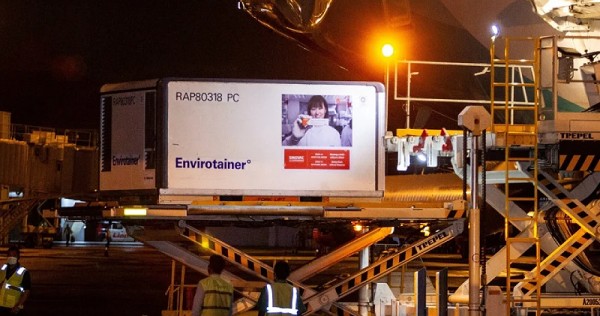 Indonesia ’s state-owned pharmaceutical company Bio Farma said late on Tuesday (Dec 8) the efficacy of a Covid-19 vaccine developed by China’s Sinovac could not yet be determined, after previously saying that interim data showed 97 per cent efficacy.

In a statement, Bio Farma said the interim report from the Phase III trial is expected to be available in January.

Bambang Heriyanto, an official at Bio Farma, said efficacy cannot be determined at this time, and it was necessary to wait for complete data.

Bio Farma had said earlier on Tuesday that clinical trial results showed the vaccine has 97 per cent efficacy.

A Sinovac spokesman said on Tuesday the company had not received efficacy readings from Phase III clinical trials.

Bio Farma said that no one from its more than 1,600 volunteers showed serious side effects.

Brazil’s Butantan Institute biomedical centre, which is also running a Phase III trial of CoronaVac, said last week that Sinovac was expected to publish efficacy results from its vaccine trials by December 15.

“A study by the Indonesian Ulema Council Halal Product Guarantee Agency and Institute for the Assessment of Food, Drugs and Cosmetics has been completed and has been submitted to the council for the making of a fatwa and halal certification,” Human Development and Culture Minister Muhadjir Effendy said.

Over one million doses of the experimental Covid-19 vaccine developed by Sinovac arrived in Indonesia on Sunday evening.

Hermawan Saputra of the Indonesian Public Health Expert Association said the 1.2 million doses are only enough for an initial group of 600,000 people, since each person must receive two doses.

“It does not really have significant meaning. The government should guarantee that there will be enough to for distribution to the entire country,” Saputra said.