Indonesia to send back hazardous materials to Australia, NZ, UK, US 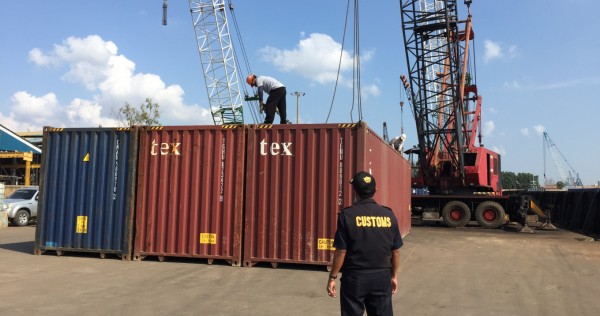 Indonesia is set to send 79 containers of hazardous materials back to Australia, New Zealand, the United Kingdom and the United States beginning in January, the government recently revealed.

The Foreign Ministry summoned the envoys of the four countries to notify them about the plan on Wednesday, according to the ministry’s statement published on Thursday.

The ministry’s director-general of American and European affairs, Ngurah Swajaya, said the measure was in accordance with international law, namely the Basel Convention on the Control of the Transboundary Movements of Hazardous Wastes and their Disposal.

The treaty was designed to reduce the movements of hazardous materials between nations, specifically to prevent the transfer of hazardous waste from developed to less developed countries.

“In accordance with the Basel Convention

The containers were confiscated in 2019, during which Indonesia, together with other Southeast Asian nations faced a sharp increase in shipments of plastic waste from developed countries to developing nations following China’s decision to ban imports of 24 types of waste materials.

Nonhazardous waste, mostly consisting of clean scrap paper, was intended to be used by paper-recycling companies in Indonesia. However, most of the cargo was found to be contaminated by hazardous waste such as old diapers and plastics, which the businesses reject and end up in landfills.

Biden gets coronavirus vaccine as US inoculation effort mounts