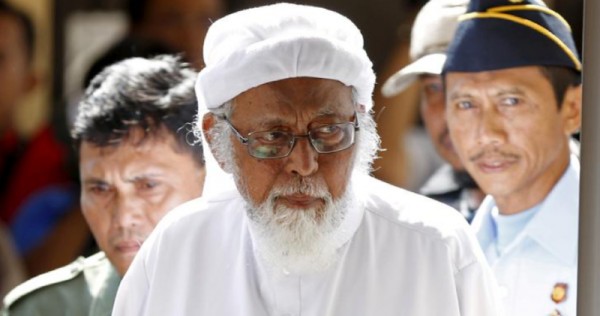 JAKARTA – Indonesia will release radical cleric and alleged mastermind of the 2002 Bali bombings Abu Bakar Bashir from prison later this week, its government said on Monday, upon completion of his jail term.

Bashir, 82, who was among Indonesia’s most notorious extremists, is considered the spiritual leader of the al Qaeda-linked Jemaah Islamiah (JI) network. He was jailed in 2011 for his links to militant training camps in Aceh province.

Bashir will be released on Friday “in accordance with the expiration date and the end of his term,” Rika Aprianti, spokeswoman of the corrections directorate general at the law and human rights ministry, said in a statement.

Jemaah Islamiah is accused of plotting several big attacks in Indonesia and includes operatives trained in Afghanistan, Pakistan and the southern Philippines.

Its members are accused of orchestrating the 2002 bombings of Bali nightclubs, which killed more than 200 people, among them scores of Australians, and an attack on the J.W. Marriott hotel in Jakarta that killed 12 people a year later.

A senior JI operative believed to have made bombs for both attacks, Zulkarnaen, was among 23 suspected militants arrested last month.

Bashir denied any involvement in the Bali bombings. A lawyer for Bashir did not immediately respond to Reuters’ request for comment on his upcoming release.

Security analyst Ridlwan Habib said that though Bashir’s stature has weakened, extremists may try to associate their activities with him to gain traction and boost their credibility.

“Bashir is a senior figure in Indonesia’s jihadist movement, and it’s not impossible that his big name could be used,” he said.

While seeking reelection, President Joko Widodo in January 2019 had considered an early release for Bashir on health grounds, but scrapped the plan after Bashir reportedly declined to pledge allegiance to the Indonesian state ideology.