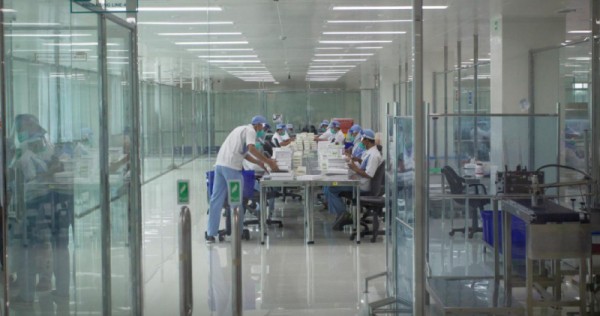 The government says it has secured commitments for the delivery of 271.3 million doses of Covid-19 vaccines. Of that number, 30 million doses are expected to be ready by the end of this year.

Airlangga also said that the government was in the process of securing 100 million doses of a Covid-19 vaccine from Britain’s pharmaceutical firm AstraZeneca.

“We will make a 50 per cent down payment by the end of this month, or about US$250 million (S$340 million).” he said Monday as quoted by tribunnews.com.

“We need to secure the procurement of the vaccines, because 215 countries are all competing for the same thing,” Airlangga said.

He added that there was an order of priority for the vaccination of different groups of people, as stated in Presidential Regulation No. 99/2020 on vaccine procurement and vaccination to mitigate the Covid-19 pandemic.

According to the regulation, frontline workers, from health workers and contact-tracing paramedics to military and law enforcement personnel, would be prioritised for vaccination.

They number some 3.5 million people. The second-priority group are religious and community leaders, local authorities at district, village, community and neighborhood units, who number more than 5 million individuals.

The third priority group includes more than 4 million teachers at various levels of education. The fourth group is government officials and legislatives council members with more than 2 million individuals.

The fifth group is members of the Healthcare and Social Security Agency (BPJS Kesehatan) whose fees are paid by the government. Their number exceeds 86 million individuals. The last group of more than 57 million is the general public.

Meanwhile, University of Indonesia epidemiologist Pandu Riono has questioned the effectiveness and safety of the vaccines to be distributed in Indonesia.

According to him, all the candidate Covid-19 vaccines are still in the clinical trial stage and there is no scientific evidence yet on their effectiveness.

“Are you sure that these vaccines are effective and safe? Where is the scientific evidence? That has never been discussed openly,” Pandu said.

Meghan says she doesn’t do social media for ‘self-preservation’