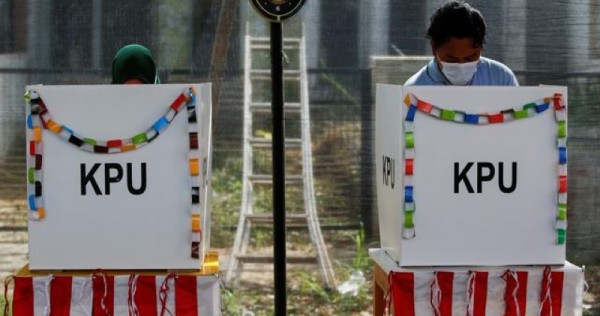 The exposure of a number of regional election candidates and current leaders to Covid-19 has somewhat marred this year’s celebration of democracy in various parts of the country.

Malkan was a veteran politician in South Sulawesi. He was a member of the People’s Consultative Assembly twice and of the House of Representatives once.

In East Java, some election candidates have tested positive for Covid-19, including Surabaya mayoral candidate Machfud Arifin who was confirmed positive at the beginning of his election campaign.

Former two-term East Java deputy governor Saifullah Yusuf, who is now running for the top office in Pasuruan regency, previously announced that 16 members of his extended family had tested positive for Covid-19 following a family gathering. Saifullah himself tested negative.

From an isolation room at the Dr. Soetomo General Hospital in Surabaya, East Java’s provincial capital, Saifullah’s wife, Fatma Saifullah Yusuf, wrote an apology to her husband on Wednesday morning for not being able to accompany him on polling day as over 18 million registered voters in several areas holding regional elections in East Java prepared to cast their ballots.

Also in Dr. Soetomo General Hospital Probolinggo deputy mayor Mochammad Soufis Subri died from the coronavirus on Wednesday. Probolinggo is not holding an election this year.

Subri displayed symptoms on Nov 11 after returning from an official trip in Bandung and tested positive on Nov 20. He had received medical treatment at Dr. Soetomo for more than two weeks.

“The medical team explained that his infection took hold fast. All treatments were given, including the installation of a ventilator and the ECMO

“I am very worried. Please safeguard the process so that the implementation of health protocols will not be loosened. The spread of Covid-19 is not over. [Subri’s death] should be a warning for us all,” Khofifah said.

Jombang Regent Mundjidah Wahab and Malang Mayor Sutiaji have also contracted the virus. Of the four regions, only Sidoarjo and Situbondo are holding regental elections this year.

Man, 30, killed after his car slams into barrier, falls off Thai expressway