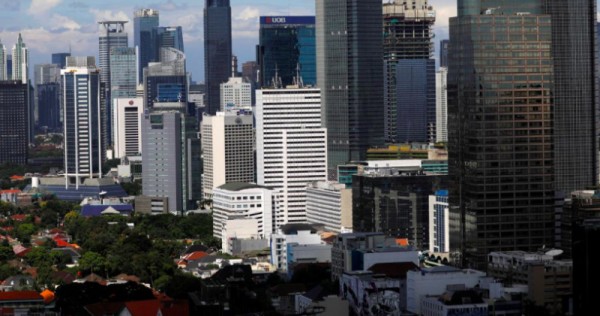 JAKARTA – Indonesia is now officially an upper-middle income country, an upgrade from its previous status as lower-middle income, according to the World Bank’s latest country classifications by income level.

The classifications are based on gross national income (GNI) per capita.

The World Bank uses the indicator to decide whether a country may use the bank’s facilities, such as loan pricing.

“Indonesia’s improved status is a proof of economic resiliency and maintained economic growth over the last few years,” Indonesia’s Finance Ministry said in a statement on Thursday (July 2).

“This will strengthen the trust of investors and trading partners in Indonesia’s economy.”

Indonesia has made progress in poverty reduction over the past 15 years, with the poverty rate dropping below 10 per cent.

Meanwhile, the middle class population has grown from 7 per cent to 20 per cent of the population, with 52 million Indonesians currently belonging to the group, according to World Bank’s Aspiring Indonesia-Expanding the Middle Class report.

However, the report noted that 45 per cent of the population, or 115 million people, are still considered aspiring middle class, free from poverty but who have yet to achieve full economic security.

“The government will continue to push for structural reforms to boost competitiveness, improve industry capabilities and reduce the current account deficit to empower the economy,” said the Finance Ministry.

The coronavirus pandemic has upended the country’s economy this year, with the government expecting full year growth to reach only 1 per cent under a baseline scenario or for the economy to contract 0.4 per cent under a worst-case scenario.

Indonesia booked its lowest gross domestic product (GDP) growth in 19 years in the first quarter at 2.97 per cent, with the Covid-19 outbreak pressuring people to stay at home and disrupting economic activity.

More than 3.06 million Indonesians had either been laid-off or furloughed as of May 27, according to Manpower Ministry data.

The government predicts up to 5.5 million workers could lose their jobs, while four million could fall below the poverty line.

Meanwhile, Center of Reform on Economics (Core) Indonesia research director Piter Abdullah was pleased with the announcement, saying it was an indicator of improved domestic economic performance.

“We should acknowledge that there has been a significant improvement in the country’s economy despite the challenges put forward by the coronavirus outbreak, which will hit GDP,” Mr Piter told The Jakarta Post via text message.

However, he warned there were risks that Indonesia could fall into a middle-income trap.

“We should really prepare for structural reform post-coronavirus pandemic to speed up recovery and avoid becoming stuck as a middle-income country,” he added.