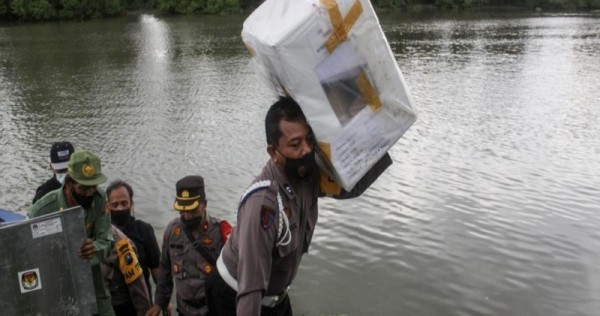 JAKARTA  – More than 100 million Indonesians are eligible to vote in regional elections in the world’s third-largest democracy on Wednesday (Dec 9), with health experts warning a huge turnout could see new coronavirus clusters emerge across the archipelago.

A mammoth logistical undertaking even without a pandemic, Indonesia’s General Elections Commission said the poll will span almost 300,000 polling stations in 24 districts and 37 cities.

The vote coincides with surge of coronavirus cases, with Indonesia suffering the worst outbreak in Southeast Asia with more than 586,000 infections and 18,000 deaths.

“One hundred million Indonesians will be active all at once,” said epidemiologist Pandu Riono, warning that while Indonesia’s relatively low testing and tracing rates might obscure the initial impact “it’s very likely that new clusters will emerge.”

Irma Hidayana, a public health expert and co-founder of the data group Lapor Covid-19, recently filed a lawsuit against the government for refusing to delay the polls for a second time, though the first hearing is only due only on Thursday.

Indonesia’s two biggest Islamic groups, Nahdlatul Ulama and Muhammadiyah, have also called for the vote to be delayed.

Election official, I Dewa Kade Wiarsa Raka Sandi, said representatives would be on site to ensure health protocols were followed with voters encouraged to wear masks and election workers given personal protective equipment.

However, Indonesia’s election supervisory agency has said health protocols were violated more than 2,000 times during the campaign period.

Data from Lapor Covid-19 showed that 76 candidates in the election had contracted Covid-19, while four have died.

Alongside health worries, many relatives of noted politicians are contesting seats this year, raising concerns over a growth in dynastic politics in a country long dominated by old elites.

Compared to regional elections in 2015 when there were 52 dynastic candidates, this year there are 146, including Gibran Rakabuming Raka, President Joko Widodo’s eldest son, who is expected to win the race for mayor in the Javanese city of Surakarta, a position once held by his father.