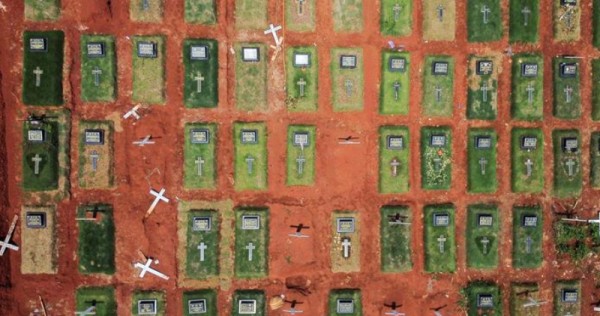 Indonesia logged yet another record in daily coronavirus infections on Wednesday as the national Covid-19 task force confirmed 5,534 new cases over the past 24 hours, shortly after the country observed several mass gathering violations.

The previous record was on Nov 13 when authorities confirmed 5,444 new cases across the archipelago, two weeks after a long weekend in late October.

The new cases on Wednesday bring the overall tally to 511,836 cases nationwide.

Jakarta recorded the highest number of new daily cases at 1,273, followed closely by Central Java with 1,008 new cases, West Java with 741 and East Java 402. Central Java’s active cases, however, has surpassed that of Jakarta, which now stand at 11,746 and 8,814, respectively.

East Java continues to lead the death toll with 34 new deaths, bringing the tally to 4,249, higher than Jakarta’s despite recording only half as many cases as the capital. Jakarta logged 17 new deaths, totaling 2,578 to date.

While the central government put Central Java’s death toll at 2,162, its official website recorded 36 new deaths, bringing the tally to 3,387, revealing a gap of over 1,000 fatalities between central government and provincial administration data.

Task force spokesperson Wiku Adisasmito said on Tuesday that the long weekend observed in late October had resulted in “an increase in positive cases by 17 to 22 per cent between Nov 8 and Nov 22”.

Wiku specifically singled out Jakarta Governor Anies Baswedan and law-enforcers, urging them to act on any violations of prevailing health protocols, which require physical distancing and a restriction on mass gatherings.

The governor was recently slammed after Islam Defenders Front (FPI) leader Rizieq Shihab attracted a march of thousands of his supporters to Soekarno-Hatta International Airport in Tangerang, Banten, upon his return from self-exile in Saudi Arabia.

The firebrand cleric then organised a number of events that attracted large crowds in mid-November, for which he was fined Rp 50 million (S$4,750) by the Jakarta Public Order Agency (Satpol PP).

The government’s handling of Rizieq’s violations of health protocols was met with public outcry, especially after the task-force distributed face masks and hand sanitiser to the crowds attending his event.

Adults, children must move more to stay fit in pandemic era: WHO