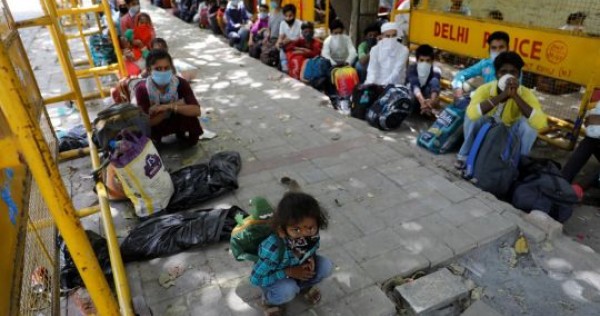 MUMBAI – Indian states witnessing millions of migrant labourers returning from the big cities are recording rising coronavirus infections, officials said on Tuesday (May 26), fearing that the pandemic could spread through villages where medical care is basic at best.

Officials from the home and railway ministries said at least 4.5 million workers had migrated home from economic hubs in the two months since Prime Minister Narendra Modi declared a lockdown.

On Tuesday, India had recorded a total 145,380 infections and a death toll of 4,167, low figures for the world’s second-most populous country when compared with some countries in Europe.

But the eastern state of Bihar registered more than 160 infections on Monday, its highest one-day rise, taking its tally to more than 2,700 cases. In the past 36 hours, more than 75 people tested positive in Odisha and 35 in three isolation homes in the desert state of Rajasthan.

“Dozens of labourers who travelled from New Delhi have tested positive. We are ensuring that no one enters their village with this infection,” said Mr Gaurav Sinha, a senior health official in Bihar’s capital, Patna.

Economists studying reverse migration patterns said India’s poorest migrant labourers have been the worst hit by the lockdown. TV footage early in the crisis showed police beating migrant workers as they tried to board city buses to reach their villages, making a mockery of social distancing.

On May 1, the government responded to rising public opposition to the migrant crisis by allowing special trains to take workers back to their home states.

But millions of workers without jobs or money are still waiting to reach home.