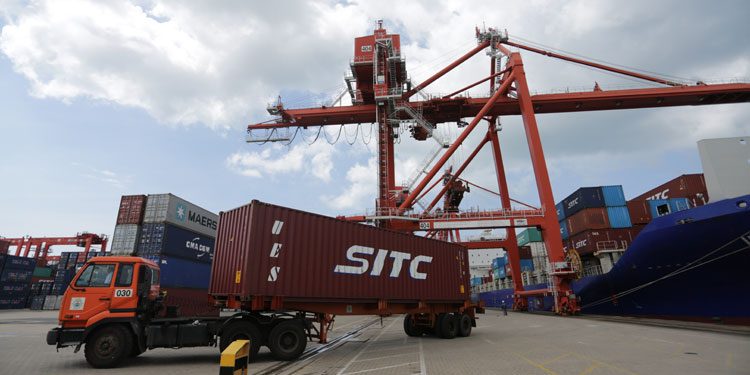 The signing of international trade agreements and the potential for more on the horizon will require Cambodia to conduct detailed trade impact assessments (TIAs) more frequently as the country seeks more bilateral and multilateral trade deals.

Sok Sopheak, Secretary of State of the Ministry of Commerce, said since Cambodia became a member of the World Trade Organization in 2004, the country has been rapidly and actively integrating into regional economic and trade systems.

“All the FTAs [free trade agreements] that Cambodia has entered into and is considering have undergone the most thorough assessments to weigh their social and economic impacts and ensure both sustainability and sustainable development,” he said.

“As a result, Cambodia is in need of additional human resources, particularly trade negotiators, with the specific trade impact assessment knowledge and experience to verify the benefit of establishing FTAs with Cambodia’s potential trading partners in the future,” noted Sopheak.

The statement was made during a workshop on methods for TIAs, jointly organised by the Ministry of Commerce and the ARISE-Plus Cambodia project.

Sopheak said the workshop aimed to strengthen knowledge in the areas of formulating trade policy, negotiation positioning, the identification of relevant issues and in raising awareness of the impact of trade agreements on the economy.

Cambodia has just signed the Cambodia-China free trade agreement (CCFTA), which is its first bilateral FTA, and has been negotiating on the Cambodia-Korea FTA (CKFTA) while studying the possibility of establishing FTAs with many other trading partners.

The EU delegation’s head of cooperation with Cambodia, Franck Viault, and Sascha Reebs, first secretary of the German embassy in Cambodia, both expressed optimism about Cambodia’s active participation in the international trading system and efforts that will allow Cambodia to continue to receive more technical assistance.

Chheng Kimlong, second vice-president of the Asian Vision Institute (AVI) and director of the Centre for Governance Innovation and Democracy (CGID), said that since Cambodia joined Asean and the World Trade Organization, the country has inked several trade and investment cooperation deals.

Kimlong said: “FTAs provide Cambodia with the ability to develop its domestic production capacities, legal frameworks, public institutions, while maintaining some competitive advantages. Cambodia has been and is ready to engage.”

Cambodia’s total import and export volume was valued at $36.7 billion in 2019, according to figures from the National Bank of Cambodia.

The figures showed that the Kingdom exported $14.53 billion of products while imports amounted to $22.19 billion.