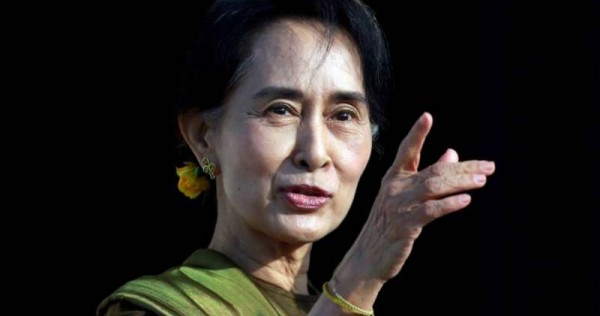 NAYPYITAW — Myanmar’s former leader Aung San Suu Kyi has called for unity among her people, according to a source familiar with her legal proceedings, in rare remarks since her overthrow in a military coup last year.

Ms Suu Kyi, the daughter of Myanmar’s late independence hero Aung San, is on trial accused of a litany of offences including violating a state secrets law and multiple counts of corruption, which carry combined maximum jail terms of more than 150 years.

“Aung San Suu Kyi tells the people ‘be united’, to have open dialogue among each other. ‘Everyone has a different view — discuss and talk patiently,'” said the source, who asked not to be identified because the military is restricting information about Ms Suu Kyi and her trial.

The source did not elaborate on why the Nobel laureate had urged unity, but added that it was not a call for dialogue with the junta.

A military spokesman did not respond to a call seeking comment.

The source said a verdict is due next week on a corruption charge centred on allegations that she accepted bribes of cash and gold. Ms Suu Kyi has denied wrongdoing.

Myanmar has been in turmoil since the coup 14 months ago derailed a decade of democratic reforms and economic gains.

The military has been accused by the UN and rights groups of atrocities, which it denies.

Ms Suu Kyi was found guilty of several offences late last year, in a trial conducted behind closed doors and derided by the international community as a sham. She is being held at an unknown location.

Official statements about the trial have been rare and Ms Suu Kyi’s defence lawyers are the subjects of a gag order.

The junta says she is receiving due process by an independent judiciary.