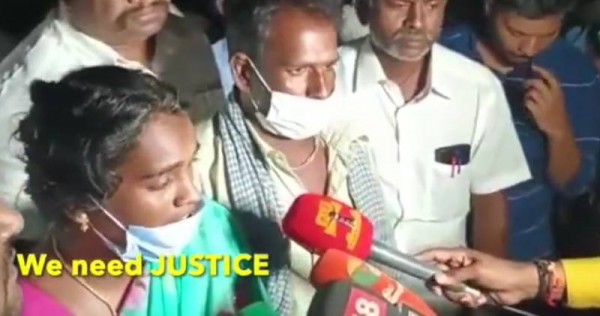 The death of a 17-year-old Hindu girl who complained of being given excessive chores by her Christian school in the southern Indian state of Tamil Nadu has put a spotlight on the thorny topic of religious conversions.

The teenager, Lavanya Muruganantham, died days after complaining to police in January that her school had given her excessive administrative tasks and chores.

Following her apparent suicide a video of her has emerged on social media, in which Lavanya suggests she was under pressure to convert to Christianity.

The allegation has prompted uproar in an area where far-right Hindu groups often accuse Christian-run health care and educational institutions of proselytising.

Police have arrested a 62-year-old warden in charge of the hostel where Lavanya boarded and are grilling more than 50 people connected to her.

On Thursday Prime Minister Narendra Modi’s pro-Hindu Bharatiya Janata Party (BJP) — in opposition in Tamil Nadu — said it was not happy with the investigation and announced it would set up an exclusive committee to probe the coerced conversion angle.

On Monday, the Madras High Court ordered the probe to be transferred from the Tamil Nadu police to the nation’s Central Bureau of Investigation, upholding a plea from Lavanya’s parents.

The court said the police should have explored the ‘conversion angle’ but instead the superintendent in charge of the investigation threatened the person who filmed the video of the desperate teen.

The school and its associated church group have denied wrongdoing. Law enforcement agencies are also investigating other possible reasons for the girl’s death such as family issues.

Public feelings are running high and have been heightened by media interviews with Lavanya’s parents.

“My daughter was tortured. She refused to convert, she was made to do all jobs by the warden. When she attempted suicide, the school did not (immediately) inform us,” her father said, referring to the same incident in which his daughter died.

Lavanya's last words:
"They (school) asked my parents in my presence, if they can convert me to Christianity, they would help her for further studies. Since I didn’t accept, they kept torturing me"#NationWithLavanya #Justiceforlavanaya #NationWithLavnya #LavanyaSuicide pic.twitter.com/gbYfLgoxRW

“Conversions have been happening in India either willingly or through the exploitation of a family’s socioeconomic status,” he said.

“It is important that any religion plays its role constructively in the wellness of the society and does not concentrate on improving its percentage in the census. A person willingly accepting a religion will be based on his understanding of the religion. But compelling someone to convert exposes a threat to a socially equitable society,” Annamalai cautioned.

Christianity and demography in Tamil Nadu

The girl’s death is not the first incident in Tamil Nadu seemingly linked to forced conversion to Christianity. Similar situations in the past were reported by local media but did not garner wider attention.

For instance, on at least two separate occasions, the deaths of female school students named Sivaksthi and Sukanya occurred under suspicious circumstances involving allegations of forced conversion in districts where Christian institutions are active.

These were in addition to multiple minor religious confrontations associated with Christian preachers whereby locals would protest over evangelical methods or argue with those preaching them.

Christianity is the second-largest religion in Tamil Nadu, the first being Hinduism, the country’s main religion.

Around six per cent of the state’s population, or 4.4 million people, follow various denominations of Christianity, as per the 2011 census. (The 2021 census was postponed due to the pandemic). In terms of the highest Christian population, the state is India’s second, after Kerala.

“Tamil Nadu is one of the rare states where Christians have grown faster than the Muslims in the period following Independence,” said a demography report published by the Chennai-based think tank Centre for Policy Studies, based on the 2011 census.

Tele-evangelism is certainly more vibrant in Tamil Nadu than in any other Indian state, in terms of the number of cable channels or preachers. But, both there and elsewhere, the actual number of Christians could be significantly higher than formal figures suggest.

That is because people from what many perceive to be backward Hindu communities — often known as Dalits, or untouchables, or scheduled caste — who do switch to Christianity, tend not to formally register as Christians in order to keep receiving state-sponsored benefits and subsidies. They would lose this much-needed money if they stopped officially identifying as Hindu.

Last year a study by the pro-Hindu magazine Swarajya in Tamil Nadu found around 9.5 million Christians through researching various denominations and gathering statistics reported by churches.

This is classic victim blaming by the Tamil journalist. Lavanya has given a dying declaration that she was being forced to convert to Christianity. Why would a dying child lie? This is absolutely sick! #JusticeforLavanya
pic.twitter.com/YnHsMlI7am

“Christian missions do operate under more secure environments than elsewhere [in India] and under such circumstances, a few eager beavers are always likely to cross the threshold,” said Madhavan Raghavendran, a professor of sociology at Tamil Nadu’s Sastra University.

“It becomes explosive when young lives are lost under suspicious circumstances. The time is ripe for a broad-based dialogue by all stakeholders and to clearly evolve what should be the set of activities that need to be prohibited under propagation without taking recourse to an anti-conversion bill,” Raghavendran said.

Such a bill would prohibit forced conversion from one religion to another.

READ ALSO: Rapper Subhas Nair charged with 4 counts of attempting to promote ill will between religious and ethnic groups