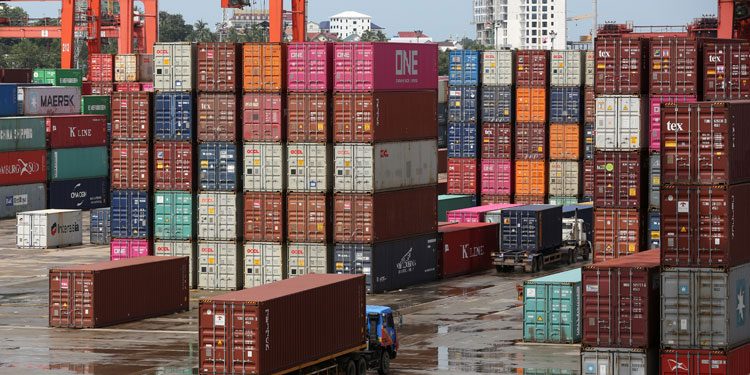 In its World Economic Outlook released during the IMF’s annual meeting on Tuesday, Cambodia’s economy is forecast to shrink 2.8 percent this year — slightly more than the 1.5 percent contraction forecast for Indonesia.

Amid the COVID-19 pandemic, deeper contractions of 8.3 percent are forecast for the Philippines, 7.1 percent for Thailand and 6.0 percent for both Malaysia and Singapore.

Myanmar is forecast to be the fastest growing ASEAN economy this year with GDP expanding by 2.0 percent followed by Vietnam with growth of 1.6 percent.

Laos is forecast to grow only 0.2 percent and Brunei by just 0.1 percent.

The IMF’s mid-term projections for 2025 show Cambodia outpacing its peers with growth forecast at 6.9 percent, making the country the region’s fastest growing economy.

In her forward to the outlook, IMF Economic Counsellor and Director of Research Gita Gopinath said the latest forecasts for 2020 were “somewhat less severe though still deep” compared with IMF forecasts in June.

“The revision is driven by second quarter GDP outturns in large advanced economies, which were not as negative as we had projected,” she said.

Gopinath also highlighted “stronger than expected” growth in China — which is forecast to grow 1.9 percent this year — and signs of a more rapid recovery in the third quarter.

“Outturns would have been much weaker if it weren’t for sizable, swift, and unprecedented fiscal, monetary, and regulatory responses that maintained disposable income for households, protected cash flow for firms, and supported credit provision,” she said.

“Collectively these actions have so far prevented a recurrence of the financial catastrophe of 2008-09.”

Gopinath said near-term support policies “should be designed with a view toward placing economies on paths of stronger, equitable, and sustainable growth.”

In the longer term, she highlighted the need for policymakers to “simultaneously aim to mitigate climate change and bolster the recovery from the COVID-19 crisis.

“This can be achieved through a comprehensive package that includes a sizable green public infrastructure push, a gradual rise in carbon prices, and compensation for lower income households to make the transition fair.”

The IMF devotes an entire chapter of the World Economic Outlook to climate change.

It finds that investing in green infrastructure could raise global activity “with modest output costs over the medium term as economies transition away from fossil fuels toward cleaner technologies.

“Relative to unchanged policies, such a package would significantly boost incomes in the second half of the century by avoiding damages and catastrophic risks from climate change.

“Moreover, health outcomes would begin to improve immediately in many countries thanks to reduced local air pollution,” the outlook says. Sao Da – AKP