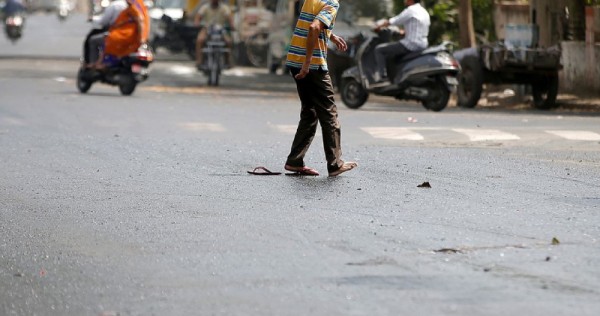 NEW DELHI – Temperatures during India’s monsoon season have risen this century and the country could see more frequent heatwaves in future, the government said on Wednesday (Aug 3), but it added heat-related deaths have fallen in recent years.

India suffered its hottest March in more than a century this year and temperatures were unusually high in April and May too, mainly blamed on climate change. The government says heatwaves are common mainly between April and June.

“The average temperature during the monsoon season is found to be rising in the last two decades,” India’s science and technology and earth sciences minister, Jitendra Singh, told parliament.

“The warming of the tropical Indian Ocean and more frequent El Nino events in future may lead to more frequent and long-lasting heatwaves over India.”

El Nino is characterised by a warming of sea-surface temperatures in the Pacific. It causes heavy rains and floods in South America and scorching weather in Asia and even east Africa.

Heatwave deaths, however, have come down in recent years, according to data provided by Singh to lawmakers that cited newspaper reports.

For this year through July, India recorded 24 such fatalities, versus none for the whole of last year, and 25 in 2020. That compares with a multi-year high of 505 deaths in 2019.

The minister did not say why there have been fewer fatalities in recent years, but a government official earlier told Reuters that most Indian states now have plans ready to alter office and school timings as well as working hours for labourers to avoid the hottest time of day, in a bid to reduce exposure.

The World Health Organisation says that from 1998-2017, more than 166,000 people died due to heatwaves globally. It says that between 2030 and 2050, climate change is expected to cause about 250,000 additional deaths per year from malnutrition, malaria, diarrhoea and heat stress.