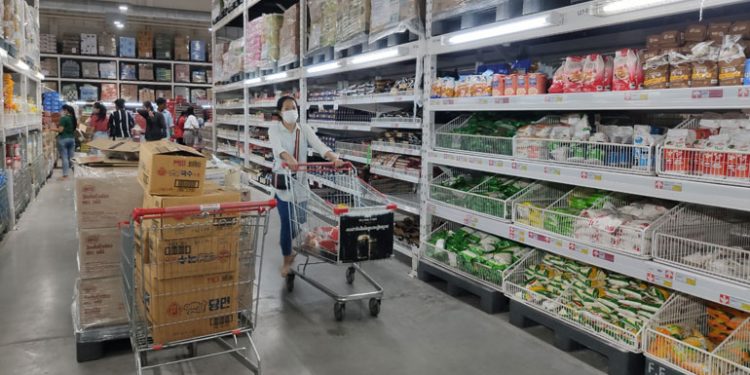 The Royal Government will  stand by its forecast  that the economy will not  contract by more than -1.9 percent this year.  In addition, it has forecasted that  positive growth will return in 2021 with an estimated 3.5 percent.

MEF spokesman Meas Soksensan, told Khmer Times that the government will  stand by its forecast made earlier this year.  “If there is a severe impact on the economy because of  the COVID-19 pandemic, the government will find ways to reverse it, but in the medium term there is no change as there are three months left to end the current year,” Soksensan added.

The Asian Development Bank (ADB) has recently revised its 2020 growth forecast, predicting Cambodia’s economy will contract by 4 percent, from its previous prediction of a 5.4 percent contraction in June because of improved agricultural performance and increased volume of non-garment exports.

The World Bank meanwhile  has forecasted a sharp contraction of -2 percent for the local economy this year, adding that Cambodia’s unfavourable growth outlook alongside disruptions to jobs and lower household incomes meant poverty is likely to increase.

Soksensan said that based on the revision of forecasts by the World Bank and ADB, it showed that the Kingdom’s economic growth has seen a slight progress from their earlier prediction. He added that the prediction of these international financial institutions are almost similar to the government’s prediction,” he added.

“Our national budget is not affected greatly, especially the revenue from  tax collections,” he said.

“Earlier this year, we expected about 60 to 65 percent success in tax collections, but the revenue collection from taxation now is reaching between  85 and  90 percent of the projection.” Soksensan added.

He said that the government will look at the revenue from custom and excise entity, which will be revealed by the end of the year.

Lim Heng, vice-president of Cambodia Chamber of Commerce, told Khmer Times that the Kingdom’s economy has not been severely impacted  by the COVID-19 pandemic as the government has managed to control  the spread of the virus. Therefore, business activities, domestic tourism, trading and exports have been progressing as usual without much disruption.

“With the recent government’s extended support measures to aid the garment and textile industry, tourism and aviation sectors until the end of the year, it will help boost economic activities and help in the economy’s recovery,” Heng added.

“Until today, our local economy is not stagnant. Our exports, especially, agricultural commodities are also increasing. I think there was not much impact on the economy because of COVID-19,” he added. The real estate market which is also weary of a plunge has remained resilient. Sales and purchase of  properties are continuing while  new projects are being launched continuously,”  Heng added.

Anthony Galliano, group chief executive officer of Cambodian Investment Management Group, said that the impact of the pandemic descended upon the Kingdom’s economy in February and at that time the general view was that there would be a 5 to 6 percent contraction in GDP.

He said that internationally the economic downturn is staggering. In 2020, India has contracted 25 percent, U.K. 20 percent, France 14 percent and the United States 9 percent.

“It would be naive to believe the Kingdom would escape unscathed and frankly I expect we are far from returning to any degree of normalcy, given the endurance of the pandemic, which is returning even more vigorously,” Galliano said.

“I expect the economy to weaken further in the last quarter and do not believe there will be an upswing in 2021, at least certainly not in the first half, resulting in an overall downturn for next year,” he added.

The draft  macro-economic policy framework and public financial policy framework 2021 stated that in 2020, Cambodia’s economy is forecasted to shrink by -1.9 percent. The negative growth caused by the spread of COVID-19 which has  pushed external  demands to  drop significantly and also negatively impacted the growth figures of Cambodia’s trading partners.