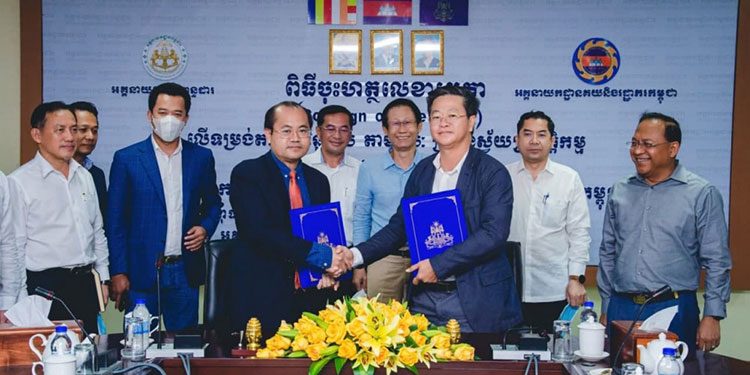 The General Department of Taxation (GDT) has organised an official signing ceremony of the letter of User Acceptance Testing (UAT), and launched the trial of a Data and Information Sharing Automatic System, according to a recent GDT’s press release.

Representatives from GDT and the General Department of Customs and Excise of Cambodia (GDCE) Dr Ken Sambath, Mr Lim Delux, Mr Se Sokhorn, and Dr Chorn Voeurn respectively along with many other representatives participated in the event.

UAT and data and information sharing automatic systems are considered as digital platforms established under the collaboration between GDT and GDCE.

Data and information exchange will also promote tax collection and management works as well as the transparency, accountability and the effectiveness of service.

As planned, the mentioned system will be officially launched in December this year. Lim Nary – AKP

Brexit negotiations restart in person as clock ticks down