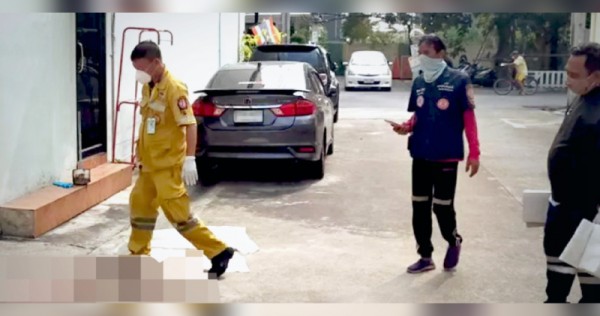 Police officers in Bangkok’s Nong Khaem district arrested a gay couple on Thursday for dropping off a corpse on Mahacharoen Road on Wednesday.

The corpse, found on Wednesday morning, was identified as insurance agent Chalit Nensap, 33.

During interrogation, the two suspects said they had invited Chalit to a party and he had died from overdosing on methamphetamine.

They said they were afraid of being hit with drug charges, so decided to wrap the naked corpse in blankets before getting rid of it, even though the location they chose was not that far from their home.

The couple will initially be charged for concealing a corpse.