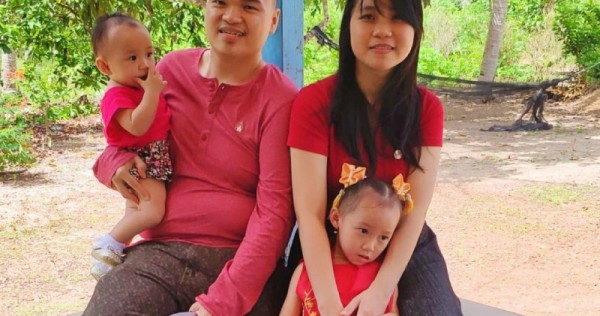 The Lunar New Year is typically a festival of abundance and excess. But three years into the pandemic, food prices have risen across the globe thanks to a confluence of pandemic-induced supply chain constraints, bad weather that decimated crops and surging energy prices have also affected the cost of fertilisers.

The UN Food and Agriculture Organisation’s food price index reached a 10-year high last year and the World Food Programme estimates that 272 million people worldwide are at risk of becoming acutely food-insecure. This Week in Asia takes a look at various markets in the region and how ethnic Chinese families from Singapore to Thailand intend to mitigate food costs amid the festivities.

Before the pandemic, a family of seven in Malaysia could have a decent spread for the Lunar New Year reunion dinner for 700 ringgit (S$227), but this year the Wongs will have to spend about one-third more.

Celebrations during the Year of the Tiger will be a frugal one, said Andrew Wong, adding that even buying the cheapest dish on the table – vegetables – was just too costly.

“Last year, you could get a whole head of cabbage for 4.50 ringgit (US$1), but now it has doubled,” said Wong, a 34-year-old health care professional.

Across Malaysia, millions feel this pinch as prices of food continue to soar since the pandemic hit in 2020. People are now paying record prices for food items.

On the official Federal Agricultural Marketing Authority price list, a whole chicken can cost consumers up to 9 ringgit a kilogram, and red onions were 16 ringgit a kilo.

To cut costs, the Wong family is reusing decorations from previous years and wearing clothes they already own instead of buying new ones. They are also not buying any new items for the house this year.

Chong Chi Howe, a traditional Chinese medicine chiropractor, said his family decided to put shopping on hold to save money and also to avoid crowds as the Omicron virus continues to spread.

“We’ll be cooking at home this year too, because eating out just exposes us to Covid-19,” said the 27-year-old, adding that guests were not invited this year so the amount of new year goodies would be halved.

Wong said some may think his measures were drastic, but the Lunar New Year to him was “just another day”.

Meanwhile, “prices of goods are going up but our salaries have remained the same”, he pointed out.

In Malaysia, the domestic supply and demand chain was massively impacted by the monsoon floods in mid-December.

Farmers in vegetable-producing areas like Cameron Highlands in Pahang were hit by landslides, devastating crops.

With the rising prices of raw items, restaurants may have to cut down their serving sizes to be able to stay afloat, said the Pan Malaysia Koo Soo Restaurants and Chefs association vice-president Ringo Saw.

The headline inflation is expected to decelerate and is forecast to reduce to 2.1 per cent and 2.4 per cent this year according to MIDF Research and Kenanga Research house.

Singapore, where nearly three-quarters of the 4 million citizens and permanent residents are ethnic Chinese, the prices of some food items like fresh fish and bak kwa (pork jerky) rise during the Lunar New Year season. This year, however, consumers are hit by a double-whammy of seasonal price hikes and food inflation.

For retiree Ann Tang, 64, this meant cutting down on her reunion dinner spread and buying cheaper options.

“We used to buy more and a wider variety of food for luck and other meanings. This year I won’t be buying fish maw. For abalone, I’m cutting that down from two cans to one can,” the former bank officer said.

Tang said vendors were citing the pandemic for the price hikes, saying there were difficulties in securing stock. Even the oranges she usually bought from the supermarket now cost $2.95 for five instead of $2.45 before.

While she estimates a 10-15 per cent price increase this Lunar New Year compared to before the pandemic, local broadsheet The Straits Times reported the prices of popular fresh fish like pomfret and garoupa had doubled compared to November.

Song Seng Wun, an economist at CIMB Private Banking, called it a perfect storm. “There are issues of logistics and supplies because of the pandemic, and all of that is compounded by adverse weather and floods that have added to supply issues,” he said.

Singapore’s consumer price index rose by 4 per cent in December compared to 2020. Its central bank last week made a surprise off-cycle tightening of its monetary policy to mitigate inflation risks. The trade minister has also warned of further food price hikes and said the government would diversify its import sources to keep prices competitive and enhance supply resilience.

Song said Singapore was a price taker when it came to food, since the city state of 5.45 million residents imported more than 90 per cent of its food. The issue now was that prices were rising across the globe, he added.

Food security expert Paul Teng from the Centre for Non-Traditional Security Studies at Nanyang Technological University said any price increases affected lower-income households more since they spent a higher portion of their incomes on food, and would have to divert more money away from other essentials when prices went up.

Charities like Food from the Heart delivered about 10,000 food packs last year, a 59 per cent increase from 2019.

Song expects Singapore’s upcoming budget to include measures meant to deal with food inflation such as vouchers and tax rebates to help offset costs.

The 33-year-old said that just a couple months ago, cooking oil prices in the provincial capital of Indonesia’s Bangka Belitung Islands, near Sumatra island, increased to around 50,000 rupiah (US$3) from some 30,000 rupiah every two litres.

Lin, whose husband works at a car spare parts shop, said her household each month used five to six litres of cooking oil and one LPG cylinder bought from a grocery store near her home.

The inflation has put a damper on the upcoming Lunar New Year festivities. Lin is already scaling back on frying food and also cutting back on her beauty salon visits – going once every two months instead of monthly – so that the family could allocate the money to buy food items.

Lin said she was hopeful the government would help people like her overcome the soaring prices.

Yet, higher food costs are not Lin and her family’s only problem. The surge of Omicron cases in Indonesia means the family of four will stay home for Lunar New Year’s Eve dinner for the second consecutive year.

Lin, who has six siblings, said she missed celebrating the festival at her parents’ home in the province with her extended family.

About 7 million of Indonesia’s 270 million people are ethnic Chinese.

With a total caseload of more than 4.3 million and 144,000 coronavirus-related deaths, Indonesia is the country worst affected by the pandemic in Southeast Asia.

Piter Abdullah, research director at the Jakarta-based think tank Center of Reform on Economics Indonesia, said the 2021 inflation was “very low” since there were no extreme food price fluctuations and food supply was “relatively sufficient amid very low demand conditions”. Before the pandemic, Indonesia typically had a 6-7 per cent inflation.

But Piter warned that the government needed to secure food imports early so as not to be hit by extreme fluctuations in food prices.

“This all will impact the inflation [rate] later, provided that Omicron does not cause a spike in cases.”

Due to inflation and record pork prices in Thailand, Naris Wasinanon plans to be pragmatic during the Lunar New Year celebrations.

Naris, director of the Confucius Institute for Traditional Chinese Medicine in Samut Prakan province, wants to keep the budget under 1,000 baht (US$30) but still adhere to the spirit of tradition. Ethnic Chinese families in Thailand use dozens of pieces of meat, fruits and desserts as the food signifies abundance.

“Praying requires three to five types of meat, some fruits and desserts,” he said. “The ritual requires us to pray to the sky, the earth and the water, so I’ll probably get one type of meat to represent each of the three elements, and a few types of sweets only.”

Inflation is expected to cut Lunar New Year spending this year by at least 30 per cent compared to last year, said Aat Pisarnwanich, director of the International Trade Study Centre at the University of the Thai Chamber of Commerce.

The celebrations are hit by record pork prices that have shot up by almost 80 per cent in six months. As of January 20, pork costs 230 baht (US$6.90) per kilo, compared to 200 baht in the first week of January, and up from 130 baht at the beginning of June last year, according to Kasetprice, a Thai website that monitors prices of agricultural commodities.

An outbreak of African swine fever led to a mass culling of pigs, with more than 159,000 pigs eradicated between March and October last year.

Aat said the prices of pork would even be higher at the end of January due to high demand during the Lunar New Year. “This is the first time in history that pork prices in Thailand has reached more than 200 baht (S$8) per kilogram,” he said.

“So I might get a slab of pork belly. I will also buy a boiled duck for 400 baht and a squid for 100 baht. Others might choose a roasted chicken at about 100 baht for poultry instead of duck.

“I will also need to buy some fruits. Grapes are more expensive than oranges, though it depends what kind of oranges they are,” he said. “And there are some desserts I will get. But I will get what’s necessary only, not everything on the menu.”

Even so, Naris said even before the pandemic, Lunar New Year prayers and celebrations in Thailand had been getting noticeably smaller over the years.

People in the younger generation nowadays no longer focused on holding grand events, he said. “They prefer to save money.”

Search halted for survivors of capsized boat off Florida, leaving 34 lost at sea