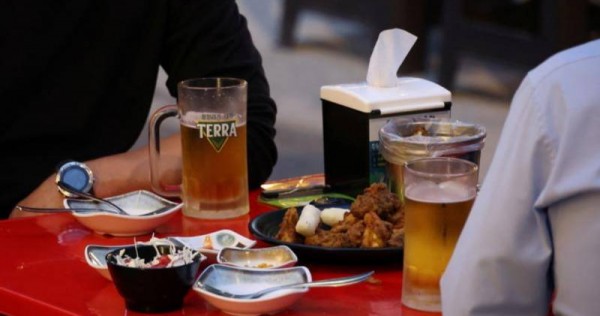 SEOUL — Mr Lee’s diner, a cheap-and-cheerful fried chicken shop near central Seoul, has held firm against raising prices for a decade and a half.

But now, Mr Lee says, Indonesia’s cooking oil export ban and its costly squeeze on prices have been the last straw: he expects to follow larger chains of South Korea’s ubiquitous “chimaek” fried chicken-and-beer outlets that are raising prices, even if he risks losing customers.

Mr Lee’s dilemma highlights the perilous path ahead for policymakers in Asia’s fourth-largest economy, where worries over cost-push inflation prompted a surprise rate hike this month with both inflation rates and expectations at their highest in a decade.

For a wide array of consumer goods using palm oil — from croissants to cosmetics — Indonesia’s surprise moves over the past week to ban exports have sent shock waves globally, pushing up prices for palm oil from other sources such as Malaysia, and for substitutes like soy oil.

“We are cautiously watching the situation as demand for Malay palm oil could increase and could lead to higher prices,” said a spokesperson at Ottogi, a major South Korean producer of frozen pizza and ramen noodles.

Indonesia, the source of more than half the world’s palm oil supply, widened its export suspension on Wednesday (April 27) to include crude and refined oil, throwing the market into chaos after the war in Ukraine had already squeezed supplies of sunflower oil.

The benchmark price of palm oil futures traded in Malaysia surged their daily 10 per cent limit after Wednesday’s announcement and are up nearly 50 per cent since the start of the year, while soy oil prices on the Chicago Board of Trade hit a record high.

Even before the ban, a steady climb in global prices had roughly doubled the price of an 18-litre container of edible oil in South Korea from a year earlier.

“Everything’s gone up, this box of oil has doubled, flour coating is up, so is chicken,” said Mr Lee, the chimaek diner owner, who declined to give his full name for fear of attracting attention to price increases at his shop. His shop displays a customer service award from a local government office for his long record of steady prices.

“We haven’t been raising prices, but it’s really hard now and we need to raise prices a bit.” Genesis BBQ, one of the country’s biggest fried chicken chains, last week said it would raise prices for most items on its menu for the first time in four years by 10 per cent, after similar moves by rivals Kyochon F&B and BHC.

This set the stage for similar hikes at local shops like Mr Lee’s, which charges 8,000 won (S$8.70) for a whole chicken. The bigger chains will be charging up to 20,000 won for their chickens.

And the price impact of the palm oil squeeze won’t be limited to chicken.

South Korea imported US$2.2 billion (S$3.05 billion) worth of animal and vegetable fats and oils in 2021, of which about 30 per cent were palm oil, according to customs agency data. Most of that, or 56 per cent, came from Indonesia, and the rest from Malaysia.

“I heard palm oil gets used in so many cosmetics,” said Ms Joo Hyeon-jung, who was picnicking with friends along Seoul’s Hangang River.

“Cosmetics are like necessities for us women and price increases there will really hit me, because its like a fixed expenditure.”

Japan finds wreck of boat missing after accident that killed 14