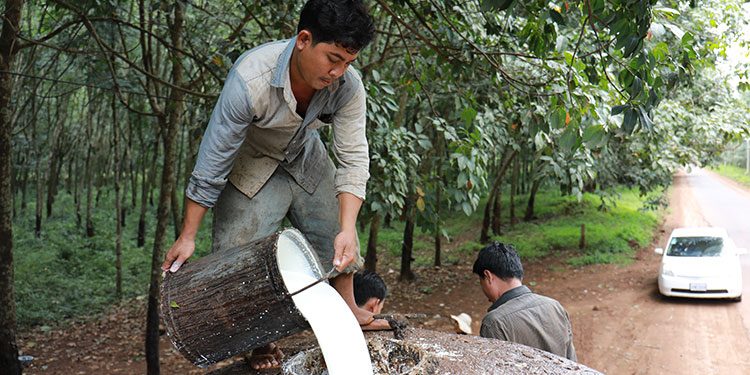 The bilateral trade between Cambodia and Korea will further enhance with the two nations to start implementing the newly-endorsed bilateral free trade agreement this year.

Figures from the Korean International Trade Association showed that Cambodia exported $341 million worth of goods to South Korea last year, a year-on-year increase of 7.4 percent.

The Kingdom also imported $623 million worth of goods from South Korea, a 9.9 percent year-on-year increase.

The bilateral trade between the two nations topped at $965 million, a 9 percent increase compared to the year before.

The two countries signed in October the bilateral free trade agreement and announced that they will put into effect the deal within this year.

Pen Sovicheat, spokesman at the Ministry of Commerce, said that the agreement is expected to enter into force early this year and is expected to attract more foreign investment, adding that  goods exported to the South Korean market must adhere to high technical quality, both industrial and agricultural products.

The goods that could benefit from the duty-free import to the South Korean market immediately are light industrial goods, including clothing, footwear, travel bags and agricultural products that are currently being marketed in China. So, these two goods are important for Cambodia, he said.

Lim Heng, vice president of the Cambodia Chamber of Commerce, said previously the bilateral FTA between Cambodia and Korea will not only open up more markets to Cambodian products but also attract investment for producing and exporting.

Bilateral trade volume between the two countries last year amounted to $884 million, decreasing 16 percent from the year before.