France had Covid-19 in November, hospital says after analysis of chest scans 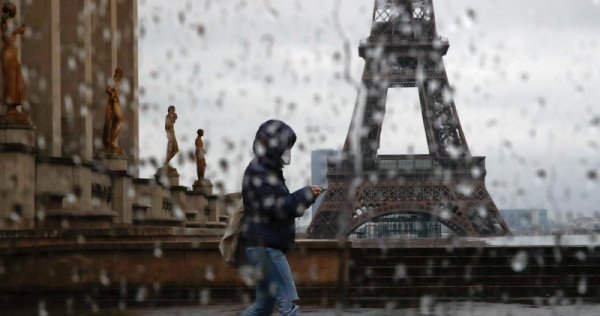 Covid-19 cases in France can be dated back to as early as November 16, nearly 10 weeks before the country’s first confirmed cases of the disease were thought to have occurred, according to a French hospital.

The November case was identified by the hospital’s medical imaging department after carrying out a retrospective study on about 2,500 chest scans performed between November 1 and April 30.

The findings came as the World Health Organisation (WHO) called on countries to investigate pneumonia-like cases from late last year to get a clearer picture of how the new disease spread.

Peter Ben Embarek, a WHO expert in animal diseases, said at a press briefing on Friday that the coronavirus that causes Covid-19 originates or spreads in bats and can spread among cats, although it remains unclear which animal may have transmitted the disease to humans, Bloomberg reported.

The global health body has previously said that establishing the animal of origin is key to preventing a zoonotic disease outbreak happening again. The timeline of the spread of the disease can also provide critical information about the viral genome and how it has evolved, which can be important for developing drugs to combat it.

In France, some cases were already in circulation in November, said Michel Schmitt, chief doctor of the medical imaging department at Albert Schweitzer Hospital in the town of Colmar in Alsace, near the border with Germany.

“The first case was noted in our centre on November 16,” said a press release published by the hospital on Thursday.

“[There was a] very slow progression of the pathology’s negative impact until the end of February, then a rapid increase in its impact, peaking on March 31.”

According to the doctor, the virus dispersed sporadically after the first case in mid-November, before accelerating during year-end events such as Christmas markets and family celebrations until the epidemic went full-blown after a religious gathering in the city of Mulhouse, about 40km (25 miles) south of Colmar, in the last week of February.

The hospital said it would collaborate with the French National Centre for Scientific Research to open an epidemiological investigation into its findings.

A peer-reviewed study published on Sunday had already pushed the date of the first known case in France back to December 27 – a 42-year-old man admitted to a Paris hospital with symptoms including cough, chest pain, headache and fever. He was thought to be connected to a person who travelled from China before the virus was identified, the WHO said.

That discovery came after researchers tested stored respiratory samples of patients with influenza-like symptoms in December and January, said the peer-reviewed paper, published on ScienceDirect.

Before that study, France’s first confirmed cases had been identified on January 24 as two people who had travelled to Wuhan, the original epicentre of the outbreak in central China.

The first confirmed case of the infection in China is dated November 17, according to unpublished government data seen by the South China Morning Post.

SCG recorded a7% revenue growth in Cambodia despite COVID-19