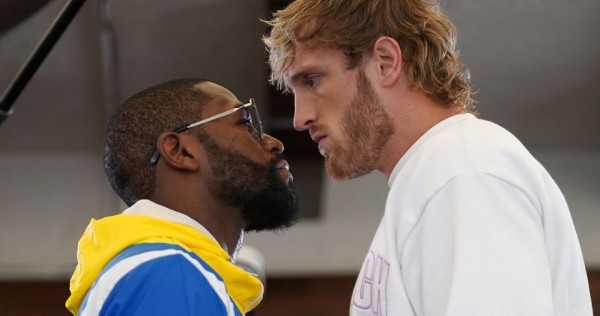 Floyd Mayweather Jnr did little to enhance his legacy, but plenty to swell his bank balance, when he fought out an ultimately uneventful exhibition bout against YouTube personality Logan Paul in Miami, Florida on Sunday night.

The fight went the distance and rarely looked like ending by knockout, the only way a result could occur with no judges at ringside.

Mayweather landed 50 per cent of the 14 jabs he threw during the eight-round bout. He threw a total of 107 punches in the fight.

Paul (0-1) was the busier of the two, throwing a total of 217 punches in the fight, but with far less success, landing just 28 – or 13 per cent – of his shots against a typically elusive Mayweather.

“I had fun,” Mayweather (50-0) said. “I’m not 21 anymore. It’s good to move around with these young guys, test my skills, to have some fun. He’s better than I thought he was,” added the former five-weight undisputed world champion.