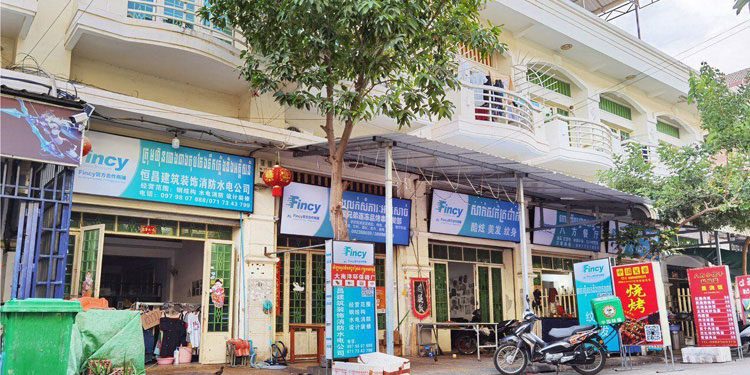 Fincy, the Singaporean multi-currency money- management app that is licensed by the National Bank of Cambodia (NBC) has commenced withdrawal from the Myanmar market after allegations it was circumventing financial laws. The   company described the claims in a statement as non-factual with plenty of inaccuracies and “unsubstantiated”.

The company’s co-founder Douglas Gan issued a statement last week denying the claims the app was being used in the casino town of Yatai City, Myanmar, to deliberately circumvent financial laws.

Allegations were made by the local newspaper Frontier Myanmar that the company was the exclusive provider of financial infrastructure to Yatai City’s 40,000 residents, who could use the app to make purchases, perform transactions, receive salaries and manage their expenses digitally.

It was alleged that Fincy was unregistered in Myanmar and therefore likely in violation of the Financial Institutions Law. It was also claimed it was operating without a licence, the app was facilitating money laundering and being used in illegal gambling.

The company has now withdrawn from the market, stating it will refund all money held in closed accounts and will work closely with local authorities to investigate and obtain the appropriate licences.

Fincy launched in Cambodia this year and, according to the company, currently holds two licences from the NBC, a Hold Payments Service Provider and Currency Exchange, and is securing more licences to expand its scope.

In August the company stated that it was operating with more than 500 merchants. That number has since increased to 900 this October.

In June it received $11 million of funding from its parent company GBCI Ventures Pte Ltd for its expansion in Southeast Asia. The company has started an expansion plan to serve communities in Sihanoukville.

Khmer Times contacted Fincy to request a comment on the recent allegations and how they were ensuring their Cambodian operation was adhering to NBC anti-money laundering guidelines on Tuesday.

“Let me start by saying that Fincy has a zero tolerance approach to illegal activity, particularly with respect to the circumvention of national financial laws to carry out money laundering and illegal gambling. Our core values reflect this. We aim to provide secure and transparent financial services across Southeast Asia. Myself and the entire Fincy team have worked tirelessly to that effect,” said Douglas Gan.

However, according to the company, to ensure “suspicious activities” are avoided it has a daily limit in place which is currently set at $2,500 (although a request to the NBC has been submitted for a higher threshold).

It also performs screenings for accounts, as well as allowing only verified accounts to perform transactions because users need to send personal details that will be cross-referenced with a sanction list.

According to Gan, “Fincy remains committed in its efforts to obtain the necessary licences in Myanmar. Beyond our discussions with a select number of local banks on a joint venture, we are directly engaging with the Central Bank of Myanmar with regards to the licences required to conduct our activities in the country.”

He added: “With our existing licences in Cambodia and ongoing pilot in Singapore under the Monetary Authority of Singapore exempt period (and a subsequent application for a Major Payment Institution licence), we will continue to provide secure and transparent financial services.”