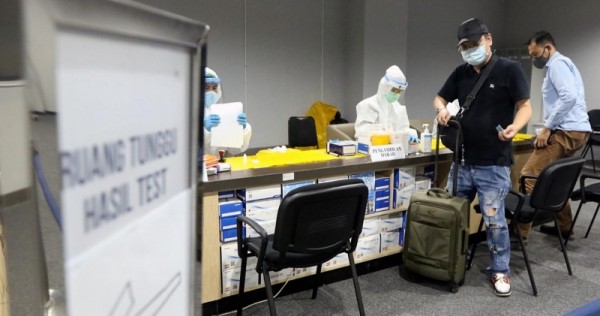 The World Health Organisation (WHO) Indonesia Office stated that the agency did not recommend the Covid-19 rapid antibody test as a requirement to travel, citing the test’s low accuracy level and fearing that a nonreactive result could provide a false sense of security.

“What’s more important is that sick persons should not travel, and all passengers must always use face coverings and maintain their physical distancing as it is proven to be more effective. The rapid test could create a false sense of security which could lead passengers to disregard the protocols,” she said in an online seminar held by the Indonesian Global Compact Network (IGCN).

The WHO released a scientific brief on April 8 regarding the use of rapid antigen and antibody tests, in which the agency does not recommend the use of either rapid test for patient care.

According to the brief, the rapid antibody test detects antibody response to the Covid-19 virus, while the majority of patients develop only in the second week after the onset of symptoms, leaving the potential for a false negative. The rapid antigen test’s sensitivity varies between 34 and 80 per cent.

Indonesian experts have also long voiced concerns over the widespread use of rapid antibody tests for Covid-19 as requirements for various activities during the pandemic, including for traveling. According to the Association of Indonesia’s Clinical Pathology and Laboratory Medicine specialists (PDS PatKLIn), many of the rapid antibody test brands used in the country had sensitivity and specificity lower than 50 per cent.

Despite the WHO’s stance, the Indonesian Covid-19 task force allows the nonreactive rapid test result as a valid health document required for passengers traveling domestically by land, sea or air, according to its latest circular on June 26. The rapid test document is valid to use for 14 days.

The regulation was issued after transportation companies were heavily impacted by the pandemic, as social restrictions prompted people to avoid travel.

The ministry’s spokesperson, Adita Irawati, during the discussion acknowledged that the ministry was not on board with the WHO’s recommendation on the use of rapid tests, citing that the ministry followed the briefing from the country’s Covid-19 task force instead.

“I understand that the WHO does not support referring to rapid test results for diagnosis. However, as long as there are no changes from the task force, we will make it a requirement in all types of transportation,” she said.

The government’s Covid-19 task force spokesperson, Wiku Adisasmito, did not immediately respond to The Jakarta Post’s questions regarding reasons for retaining the rapid test as a travel requirements despite the WHO’s disapproval.

“We are providing a rapid test service at several stations at a low price. KAI as a public transportation operator should protect the health of its passengers,” he said during the discussion.

“The public is confused about which tests should they take and documents to be prepared. The requirement is also a bit complicated for airline passengers,” he said.

Indonesia set another daily record in confirmed Covid-19 cases and fatalities on Thursday, recording 3,622 new infections and 134 deaths linked to the disease. The increase brings the country’s tally to more than 184,200 and 7,750 fatalities.

Indonesia now has the second-highest number of Covid-19 cases in Southeast Asia after the Philippines.