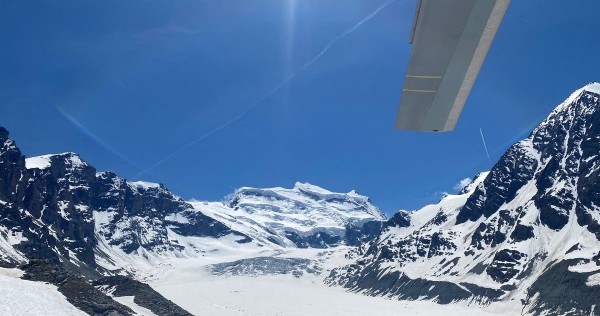 Several chunks of ice fell off the Grand Combin mountain in the Val de Bagnes region of Valais canton, pummelling the climbers below.

Seven rescue helicopters scrambled to the site, evacuating others of the 17 climbers who were at the scene in various groups.

The two who died were a 40-year-old French national and a 65-year-old Spaniard, police said. Two of the nine hurt sustained serious injuries.