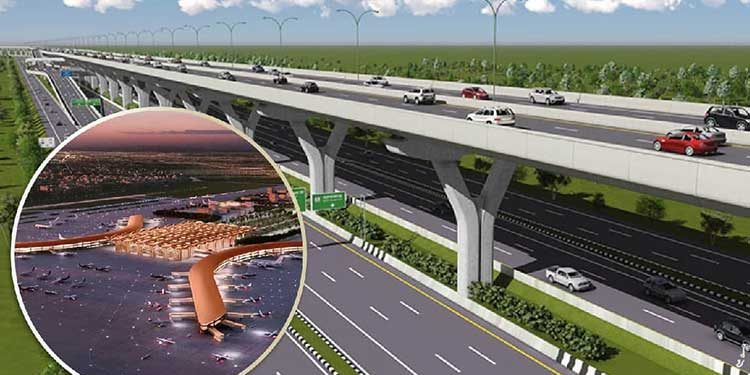 0
SHARES
60
VIEWS
Share on FacebookShare on Twitter
Local conglomerate Overseas Cambodia Investment Corp (OCIC), the company behind the new Phnom Penh International Airport, has told Construction & Property Magazine that it will build an expressway (flyover) that will connect the city centre to the new airport.

OCIC Chairman, Pung Kheav Se, revealed that the company will build the nearly 21-kilometre flyover in two phases. The first phase is about 10 kilometres long passing through Hun Sen Blvd and Street 271, all the way from the Kbal Thnal junction to NR2. The second phase stretch of 11 kilometre will connect National Road 2 to the new airport.

The project will cost around $400 million and construction of the first phase will begin next year.

Sinn Chanserey Vutha, spokesman for the Secretariat of Civil Aviation, welcomed the move but noted that the expressway project fell under the responsibility of OCIC so could not speak to specific details. He did say though that the airport must link to an expressway in order to provide direct access from the city as well as links to national or ring roads.

“At airports across the world, there is at least one expressway or other roads connecting to national roads. But some airports also have train, sky train or skyway service, which would be better,” he added.

Pung Kheav Se, chairman of OCIC, had said earlier that the new Phnom Penh International Airport will be divided into three phases of development, with the first phase opened by 2023.

He said that so far the construction of the five-storey passenger terminal is 5 percent complete and will be ready by 2022. The 108-metre airplane control tower is also 5 percent complete and will be operational by 2022, as will be the 4,000-metre runway, VIP terminal building, solid waste building, sewerage system, cargo warehouse, and airplane petroleum and firefighter stations among other facilities.