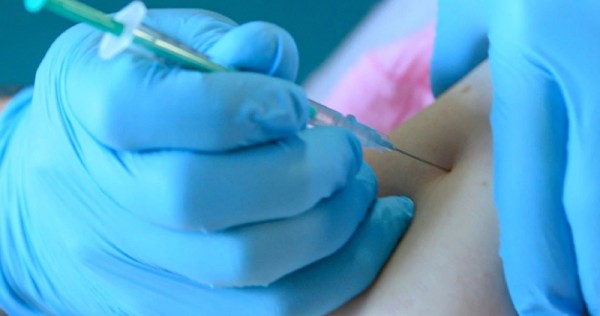 The European Union’s drugs regulator said on Monday (Oct 4) people with weakened immune systems should get a third dose of a Covid-19 vaccine from Pfizer-BioNTech or Moderna, but left it to member states to decide if the wider population should have a booster.

The long-awaited guidance comes after several EU member states pre-empted the European Medicines Agency’s (EMA) opinion and launched their own booster campaigns, although they vary widely over who is eligible.

The EU joins the United States, Britain and Israel where regulators have approved the use of Pfizer-BioNTech boosters, although there is no consensus among scientists about how broadly they should be rolled out.

Israel is the outlier, deploying them across the whole population.

The EMA said people with a severely weakened immune system should be given a third dose of the Pfizer-BioNTech and Moderna vaccines — both based on so-called mRNA technology — at least 28 days after their second one.

Many treatments for cancer patients or for people with organ transplants suppress the immune system, making them particularly vulnerable to a coronavirus infection with reduced help offered from vaccines.

The EMA also said a booster shot of the Pfizer-BioNTech vaccine could be considered for adults with normal immune systems around six months after the second dose, but added that was up to individual countries.

Governments are under pressure to revive their ailing economies, fight the more infectious Delta variant, and avoid further lockdowns this winter.

The EMA’s ruling comes after the EU’s infectious diseases centre warned last week the region’s coverage of vaccines was still too low and there was a risk of a significant surge in cases, hospitalisations and deaths over the next six weeks.

Marc Van Ranst, virologist at the University of Leuven in Belgium said decision on boosters was expected and would “legitimise the choices that some governments already made” in Europe.

He added the EMA’s broad go-ahead could lead to a further fragmentation of national decisions on the use of boosters, but more data was needed for the regulator to justify a more specific verdict.

Antonella Viola, professor of immunology at Italy’s University of Padua, said the risk of heart inflammation from the mRNA vaccines, albeit rare, needed to be taken into account and the benefit of a booster for younger adults was questionable.

The World Health Organization has criticised rich nations for hoarding Covid-19 vaccines for booster campaigns for larger population groups while poorer countries are struggling to rollout even first doses.

Allowing EU countries to decide broader use of a booster is consistent with the EMA’s earlier decisions in the pandemic — for instance it largely left it up to member states to decide whether to restrict vaccines in the face of potential side effects.

The EMA said it was hoping to see more data to underpin recommendation updates.

Pfizer and BioNTech presented data in their filings for their booster that showed levels of virus-fighting antibodies in the blood of vaccinated people wane over time and that a third shot was shown to cause a fresh surge in antibodies.

Researchers say immune cells, another important factor in immunisation, might confer longer-lasting protection against severe disease but their presence in the blood is more difficult to measure and more research is needed.

The University of Padua’s Viola said the young and healthy, in particular, should be not get a repeat shot.

“The vaccines we have used protect everyone from severe disease with very high efficacy,” she added.

The EMA said on Sept 6 it had begun evaluating data submitted by Pfizer and BioNTech for a booster dose in people with a functioning immune system, with infections among vaccinated people adding urgency to its review.

It also started evaluating last week the merits of a booster dose of Moderna’s Covid-19 vaccine.