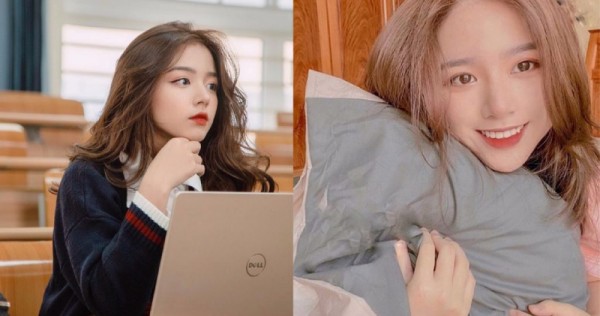 Phan Hằng, a college sophomore, became an instant sensation after she was secretly photographed during a commencement ceremony.

The photographs later helped her sign several endorsements by major brands, such as leading computer, clothing, and cosmetics brands, as well as raise her public profile, making her an online sensation before the age of 20.

With her prominent nose, double eyelids and fair skin, Phan Hằng’s angelic face is almost flawless. Thanks to her hard workouts (she often shares her workout routines on social media), she has also maintained a fit figure.

Phan Hằng is often photographed by her classmates, especially when she participates in group discussions or gives presentations on stage. Her forever fairy-like appearance has made her popularity soar, gaining over 410,000 followers in a short period.

Phan Hằng is currently a student and in her spare time, she does fashion shoots for local brands as well as cosplay shoots in various characters and themes, including princesses, ancient Chinese costumes, cheongsams, and more.

No matter what costume she wears, she looks fresh and unconventional, making fans praise her mesmerizing facial feature and charisma.