in Russia, Ukraine, US, World
0 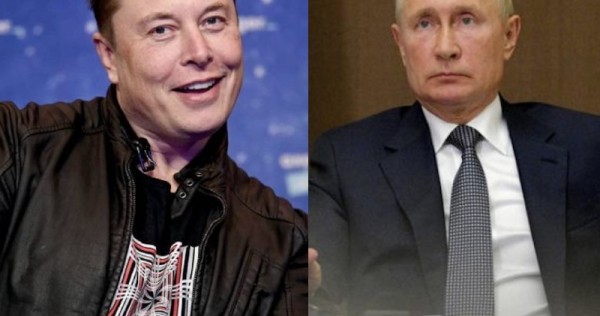 While world leaders are still hoping for a diplomatic solution, Elon Musk has called out Russian President Vladimir Putin to see if he is willing to settle Russia’s invasion of Ukraine mano a mano.

He then followed up the post by addressing the official Twitter account of the 69-year-old president in Russian, taunting him with: “Do you accept this fight?”

If you are wondering if Musk had indeed thought things through, the 50-year-old has said that he is “absolutely serious”.

Before this call-out, Musk had already tried the more diplomatic route by inviting Putin in February to ‘talk it out’ on social network Clubhouse. But the Russian government told reporters they had not received any response.

Although Putin has yet to accept the call-out, one netizen has speculated how the fight “would be over in 10 seconds”.

The fight would be over in 10 seconds. It would just depend on how much damage Elon would want to do how fast. Nothing else.

But Musk would do well not to underestimate his opponent. Putin, a former intelligence officer at the dreaded Soviet spy agency KGB, has been photographed hunting and fishing topless in a macho-like personality cult.

Dmitry Rogozin, the head of the Russian space agency Roscosmos, chose to engage in a verbal battle with Musk.

Responding to the tweet in Russian, he wrote: “You, little devil, are still young, Compete with me weakling. It would only be a waste of time.

Other netizens are just giddy with the idea that the fate of Ukraine could be decided by two men.

his article was first published in Asia One . All contents and images are copyright to their respective owners and sources.