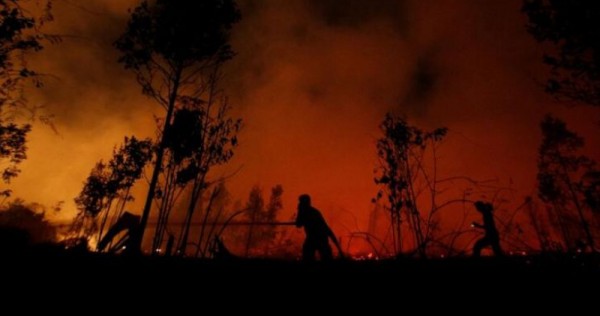 JAKARTA – Indonesia’s Meteorology, Climatology and Geophysics Agency (BMKG) has predicted dry weather, even droughts, in several areas of the country over the next few weeks.

“Based on our monitoring of consecutive dry days and our rain predictions, there are indications of meteorological drought in the next 20 days,” the BMKG said in a written statement on Wednesday (July 15).

The agency identified Kupang city in East Nusa Tenggara – the southern most province of Indonesia – as the region with the highest risk of drought, with an alert level of Awas (Danger), the most severe in its four-tier alert system.

Fifteen regencies and municipalities in East Java, 11 in East Nusa Tenggara, eight in West Nusa Tenggara, six in Central Java, five in Yogyakarta and one in Bali are given the Level 3, Siaga (Watch) alert status.

The BMKG has urged the public as well as regional governments to anticipate the potential effects of drought, such as wildfires and a lack of water for farming.

President Joko Widodo had warned the Cabinet in May about “a dry season that is drier than usual” that could affect agriculture.

He ordered necessary measures to be taken to mitigate its impact, such as by ensuring water availability in key farming areas.

The Agency for the Assessment and Application of Technology had said in May that cloud-seeding operations would be carried out from mid-May until the dry season ends in September to induce rain in regions prone to forest fires.

A bad spell of forest fires, like those that occurred last year, could spread haze throughout the region.

The dry season, which started in April, was expected to peak in August and September in different parts of the sprawling archipelago.