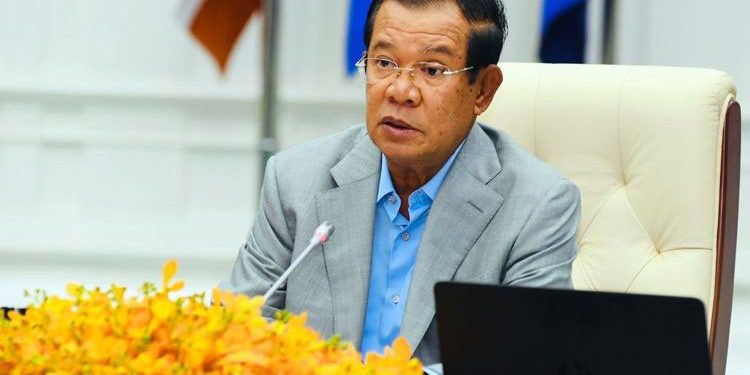 The Royal Government of Cambodia, through the Council of Ministers, has approved a draft annual budget of approximately $7.62 billion for the year 2021. The approval was made during a cabinet meeting held last Friday, chaired by Prime Minister Hun Sen.

The 2021 draft annual budget follows on from the 2020 annual budget which was more than $8.2 billion, representing a 7 percent year-on-year drop.

When approved by the National Assembly before the end of the year, the 2021 annual budget will go against the recent trend of a rapidly expanding national budget by the government.

However, despite the 7 percent contraction, the proposed budget remains much larger than that speculated in June when it was reported that the government would implement extreme cuts to the national budget to mitigate the challenges to the national economy as a result of the COVID-19 pandemic.

It was then speculated that the government may cut expenditure by 50 percent, projecting that the 2021 national annual budget could amount to just $4 billion.

Out of the $7.62 billion total budget, $493.04 million will be allocated for general administration costs while national defence gets $641.46 million, interior ministry and public security more than $425.46 million.

Education and national defence remain the government’s largest annual expenditures at $825.63 million and $641.46 million respectively, representing around 10 percent and 8 percent of the proposed budget.

Health and social affairs will cost the government $384.41 million and $325.31 million respectively, representing around 5 percent and 4 percent.

A government document cited by Khmer Times,  states  that to meet the expenditure costs,  the government plans to collect around $5.275 billion in national revenue, as well as borrowing around $1.5 billion from development partners.

“The 2021 budget is a budget to fight to protect people’s lives, maintain socio-economic stability and people’s livelihoods, as well as focus resources to restore and stimulate economic growth in the post-COVID-19 crisis,” it stated.

“[The budget] aims to ensure peace, social stability and sustainability of Cambodia’s economic growth and competitiveness with the continued improvement of the people’s well-being,” it added.

The document stated that the minimum wage and salaries of civil servants and armed forces will remain at the same level as that of 2020. This was attributed as a cost saving measure due to COVID-19’s economic impact.

The Government has forecast that local GDP, estimated in 2019 at $26.73 billion, will contract by -1.9 percent this year and forecasts positive growth will return in 2021 with estimated 3.5 percent growth.

The Ministry of Economy and Finance spokesperson has previously told Khmer Times that the national budget, however, is not greatly affected by overall tax revenue.

According to the government news agency AKP,  the government has stated that it had planned a budget of 40 billion riels ($9.8 million) to allow ministries and institutions to recruit qualified and high-skilled officials.

“Like last year, the Royal Government has reserved a budget of 50 billion riels ($12.2 million) for the Health Care Fund for public officials, former civil servants and veterans.

“[In addition] 6 billion riels ($1.4 million) [has been allocated] for the Social Security Fund on occupational risk for public officials to improve the health of civil servants, it added.