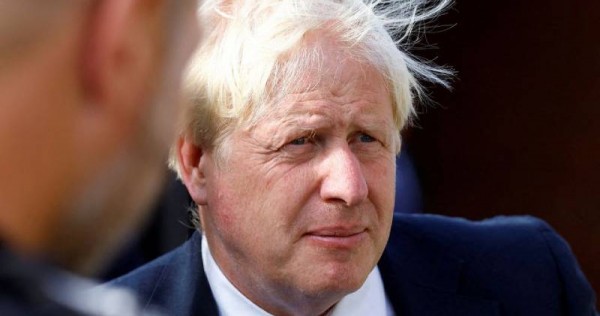 LONDON – People should not write off Boris Johnson, a former close aide to the leader said on Sunday (Sept 4), suggesting the outgoing British prime minister could make a return to high office one day despite being forced from power.

Johnson, forced to announce his resignation in July after months of scandal drained away support for his administration, will hand over power on Tuesday after the governing Conservative Party names its new leader on Monday.

Current foreign minister Liz Truss is widely expected to win the leadership contest and succeed Johnson, taking on challenges including what is forecast to be a long recession, double-digit inflation and industrial unrest.

Asked whether Johnson could return to power, Edward “Eddie” Lister, who has been a close adviser for years and was chief of staff at Downing Street for a brief time in 2020-2021, told Sky News: “Well, maybe in the future, I’d never say never on anything with Boris Johnson, anything is possible.”

“He is going to be watching all this and if something happens in the future, as you said, if the ball comes loose in the scrum, then anything could happen. I am not going to predict; all I am saying is I would never write him off.”

Johnson, 58 and in office since July 2019, has said he will continue as a member of parliament after he steps down, promising loyalty to his successor, but many will be watching whether he will cause problems for the new prime minister by trying to assert his will.

Asked at a news conference last week what kind of ex-prime minister he would be, Johnson said: “Only time will tell…My intention and what I certainly will do is give my full and unqualified support to whoever takes over from me and otherwise, really to get on with life.”

Johnson’s advisers have been guarded over his future plans, saying little more than he will continue his duties as an MP and will no longer be “public property”.

But he faces an investigation into whether he misled parliament with his comments on so-called “partygate” – Covid-19 lockdown breaking events at his Downing Street office and residence.

That could mean repeat airings of, or more details from the sometimes alcohol-fuelled Downing Street parties – potentially a thorn in the side for the new prime minister, who will want to try to restore trust in the office.