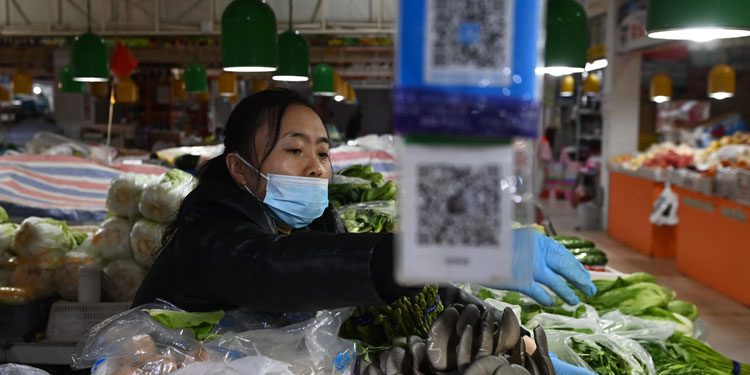 AFP – China’s Ant group may have been dealt a setback with the shelving of its initial public Offering (IPO) but European banks remain wary that Chinese tech giants may soon be their main competitors.

The European finance sector has in recent years seen the emergence of a large number of startups – called fintech – which have sought to disrupt brick and mortar banks by offering digital services.

While they have yet to really threaten established banks, the fintechs have forced them to invest massively into providing similar digital services. “The real competitor of tomorrow will likely be the GAFAM or the Ants of the world which have the capacity to invest considerable sums,” the head of France’s Societe Generale bank, Frederic Oudea said recently, using a French acronym for Google, Apple, Facebook, Amazon, and Microsoft.

US tech giants have been making more beachheads in financial services an area where their Chinese rivals are already well advanced.

Ant Group, which was hoping to raise a record $34 billion with its IPO before the Chinese government pulled it, is the owner of Alipay, a payment platform which is now an unavoidable element of daily life in China. Its prinicipal rival in China is WeChat Pay, owned by Internet giant Tencent.

“The companies which originally developed chat software have a strong interest in enhancing these activities as they enable them to cover an even broader range of people’s day-to-day activities,” said Christopher Schmitz, an expert on fintech at Ernst & Young. “Gradually, an ever larger-growing share of people’s spending goes to these companies,” he added.

The Chinese have widely adopted paying by flashing QR codes of vendors on their smartphones using Alipay or WeChat Pay because of its convenience. Alipay has 731 million monthly users.

In just a few years these two platforms have transformed China from a country where cash was king to a society where smartphones are the payment medium of choice.

These companies are not content with just offering payments. They offer more financial services, including the ability to obtain a loan with just several clicks.

“Alipay generates more revenue from the financial services that it offers, such as investment schemes and loans, than the payments themselves, which is really just the tip of the iceberg of what has become a super app,” said Adrien Boue, a consultant on the electronic commerce market. He said “the goal is that users stay in the app as long as possible. From morning to night, there is always a functionality there: speaking with friends, ordering a taxi, ordering food and even working on collaborative projects.” Oudea said: “The most advanced model in the financial sector – it’s China.”

The question is just how much of this model can be reproduced in Europe, especially after Ant Group’s IPO setback, which some observers see as a move by the Chinese authorities to bring an overly ambitious firm to heel.

“Our banks are still a bit protected,” said Julien Maldonato, a financial services expert at the Deloitte France consultancy. “There are still cultural barriers, but these won’t protect us forever.”

One of those cultural barriers are QR codes.

“In Europe, payments based on QR codes are not very popular,” said Ernst & Young’s Schmitz.

The fragmented nature of Europe with its different languages and cultures also makes it difficult for an outsider.

But Maldonato noted that US tech companies are already very much present in the daily lives of Europeans, and China’s TikTok has attracted young users who are “the banking clients of tomorrow”. It is the capacity of the Chinese companies to plough money into developing new technologies and acquiring customers – they each plan to invest some $70 billion over the next five years – that could really change the game.