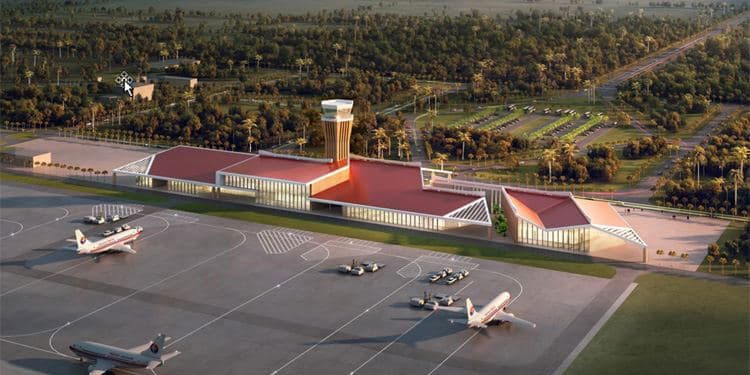 Dara Sakor International Airport will probably be finished next month with a test launch expected later this year, according to Mao Havannall, minister in charge of the State Secretariat of Civil Aviation. His comments came in a meeting with a delegation from Chinese-owned Union Development Group (UDG) that invested in the construction.

The two sides discussed the preparations for completing the airport and the test in line with technical specifications for Dara Sakor International.

UDG invested $3.5 billion to build the airport on 4.5 hectares of land in Botum Sakor district in Koh Kong province. It is just north of the popular resort island of Koh Rong in Preah Sihanouk province. The president of the Cambodia Business Council in Thailand told Khmer Times last week that Koh Rong and nearby Sihanoukville could be among the first few  destinations to allow fully vaccinated foreign tourists to visit.

Construction of three new airports comes amid talk of reopening the Kingdom to international tourists in coming months. Prime Minister Hun Sen said last week the Tourism Ministry should consider allowing tourists in under a seven-day quarantine that would allow them to leave their hotels and visit nearby attractions. There has also been talk of an ASEAN plus China travel bubble, allowing fully vaccinated tourists from the other 10 ASEAN member states and Chinese travellers to visit Cambodia.