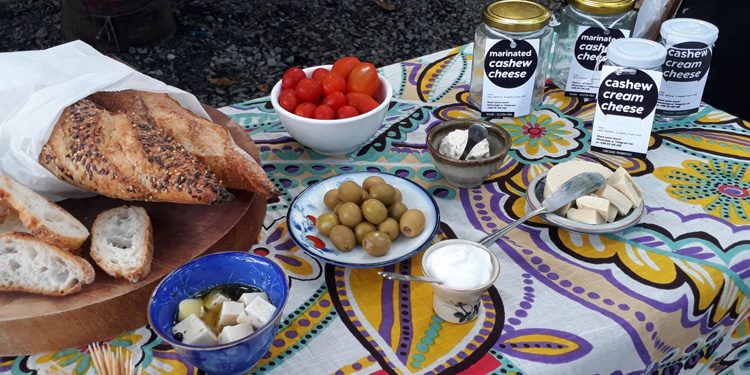 Dairy has not typically been a popular food group in Cambodia, with production and availability in the Kingdom only starting during the French colonial era.

Although the dairy cattle market has gained traction, with a growing number of stakeholders looking to invest, the industry faces a huge obstacle: namely, that 68 percent of the Cambodian population are lactose intolerant, according to research site ProCon. The site reported that lactose intolerance shows up most often in people of East Asian heritage, affecting from 70 to 100 percent of that population.

It will come as no surprise then that the Asia-Pacific region specifically, according to a Markets and Markets report, accounts for the largest portion of the dairy-alternative market, a sector projected to grow globally from $21.6 billion in 2020 to $36.7 billion by 2025 – a compound annual growth rate of 11.4 percent.

However, it’s not just the “lactose-free” factor that attracts new people to dairy alternative products. Experts say there are a number of elements to the spurt in growth of the alternatives market.

“The large market share in the Asia-Pacific is attributed to rapid urbanisation, diet diversification and liberalisation of foreign direct investment in the food sector. Apart from this, increases in awareness about health and fitness and demand for nutritional and healthy products provide promising prospects for diversification in the food sector,” the report said. The rising awareness among people about the benefits offered by a vegan diet is yet another major factor propelling the demand for dairy alternative products, it added.

Lucia Mendez, founder of Lulu Plant Food – a plant-based food producer in Phnom Penh – said she first started producing dairy alternative recipes to avoid using animal products. However, after experimentation, she liked the products and decided to start a business.

“In general, I have seen a growth in demand [for dairy alternative products], even from people who consume dairy often. There is an interest and curiosity about alternatives, including from myself.”

“Also, I think more people are questioning the impact of their consumption and once you start to think more about sustainability, health or ending animal cruelty, plant-based alternatives are the best option. Then there are the foodies, who are just looking to try different stuff!”

Mendez says her biggest selling products are probably her cashew “cream-no-cheese” and marinated cubes of feta-alternative.

“I am constantly developing recipes though, so newer products are catching up fast – and I love experimenting,” she said.

Indeed, as the dairy replacement market grows and the products become more popular, a report by the NCBI said that more attention is being directed towards exploring the utilisation of cereals, oilseeds and nuts for new food uses.

“In recent years, plant sources (cereals and legumes) have become accepted as functional foods and nutraceuticals due to their containing dietary fibres, minerals, vitamins and antioxidants.”

“I started to produce an alternative at my shop for the main purpose of providing a choice for customers,” she said.

“More and more people, including myself, have problems with milk and cream, whether those be  digestive issues, lactose intolerance or otherwise. If people wanted something creamy not made with dairy, there was no option. Therefore, I created the option. I call it ‘rice cream’, as it is made with rice milk,” she laughed.

“Vegans like it because it is dairy-free but others like it because its lighter than cream and healthy and easy to digest without losing the taste of normal ice cream. In a country like Cambodia, where people consume lots of rice but not a lot of dairy, I can see the market growing as people catch on,” she added.

Mendez agrees, saying that it is a bonus for her and dairy-alternative producers that many of the ingredients can be found locally.

“In Cambodia we are lucky to be able to produce dairy alternatives using products from nearby countries like cashews, which I hope brings more alternatives into the local market,” she added.

Indeed, it offers Cambodia a unique position as its climate and regional positioning is more favourable than European climates.

The Markets and Markets report said sales of dairy alternatives could increase by adopting strategies like diversification and segmentation to create more demand.

Thailand extends state of emergency until end of February