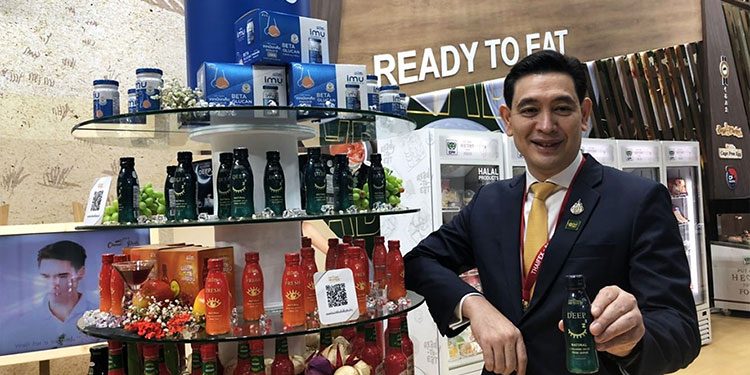 SET-listed Charoen Pokphand Foods (CPF) is beefing up its beverage business and plans to launch alternative drinks to tap into Thai consumers focused on their health after the outbreak.

In addition, the spread of African swine fever (ASF) has resulted in a significant decline in the number of swine in Cambodia, China, Vietnam and Laos, leading to CPF reporting sales growth of 10 percent in the first eight months this year, beating its 8% target.

CPF expects its best performance this year, driven by a pork shortage and scant impact from the pandemic thanks to diversified overseas investments.

ASF is estimated to have killed thousands of pigs in Cambodia, 200 million pigs in China and 20 million in Vietnam, as well as in nearby Laos.

“Without the outbreak, we might have taken 3-5 years to raise Thais’ awareness about [the importance of] healthy food,” Mr Prasit said.

CPF spends 500 million baht on food R&D each year, with about 500 new food products launched annually in Thailand and worldwide.

The product is initially available at 7-Eleven convenience stores and is expected to be unveiled later at modern retail chains.

Innoweness is the second beverage brand under CPF, after Meiji dairy products.

He said the company expects sales of 500 million baht in the first year from new liquids launched this year, including its corn and pumpkin soup and three new beverages.

Revenue from international operations is set to make up 75% of the total by 2023, up from 68% this year.

“Our sales are growing better than expected as consumers not only look for taste and quality, but also the origin of products,” said Sujarit Mayalarp, managing director at CPF Trading, a subsidiary.

CPF shares closed yesterday on the Stock Exchange of Thailand at 29.25 baht, unchanged, in trade worth 257 million baht.