Coronavirus: WHO to look at controversial Italian samples in search for origins 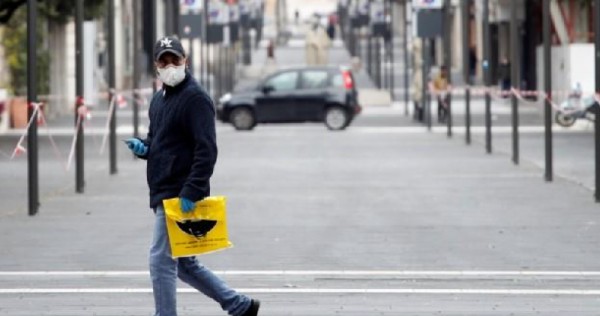 The World Health Organisation is looking into controversial research suggesting the coronavirus that causes Covid-19 was circulating in Italy months before it was first detected in China, the health body said on Friday, while cautioning against using such data to speculate about the disease’s origins.

The WHO plans to run tests with the Italian researchers who made waves earlier this month for their peer-reviewed findings based on tests of blood samples from a cancer screening carried out starting before the pathogen was detected in China.

The team found antibodies specific to the coronavirus in over 11 per cent of the 959 subjects. Positive samples dated back to September last year, several months before the world’s first recorded case from early December in China.

“We’ve reached out to these researchers and they have generously offered to work with us and to collaborate with us on some further studies looking at those samples,” said Maria Van Kerkhove, WHO technical lead for Covid-19.

But while the WHO was working with scientists around the world to track and examine any detection or “unusual” published results, the investigation it was leading into the origins of the virus would start in the central Chinese city of Wuhan, where the first cases were detected.

“We need to be careful with our speculation here,” Mike Ryan, WHO health emergencies programme executive director, said when asked whether signs that the virus was in Europe earlier than previously known could mean it was circulating in humans outside China before it was found in Wuhan.

“It’s highly speculative for us to say that the disease did not emerge in China. But we do know that the first clusters of human cases that were detected were in Wuhan.”

He said that to understand the origins of the virus, it was crucial to start the investigation in the city where it was first identified.

“After that, the evidence should take us where we need to go, but to speculate on where the virus emerged precisely, without starting where the human disease emerged for us doesn’t represent the best way forward,” he said.

The comments come as Chinese officials and state media have ramped up rhetoric, saying that just because the virus was first identified in China did not mean it came from the country.

Though scientists generally agree that the virus originated in a bat, before passing into humans, perhaps via an intermediary species, where and how this happened is unknown. The novel virus’s closest known relative was detected in southwestern China.

Last month, without providing specific evidence, Wu Zunyou, chief epidemiologist for the Chinese Centre for Disease Control and Prevention (CDC), suggested that the pathogen could have originally arrived in China via imported seafood.

Chinese health officials linked subsequent sporadic Covid-19 outbreaks in major Chinese cities to refrigerated imported food, though other specialists question whether this could be a significant driver of infection. Officials have yet to release comprehensive information about investigations into the early spread of the virus in Wuhan.

Zeng Guang, former Chinese CDC chief epidemiologist, cited the Italian research in a speech at a recent academic conference, saying Wuhan was where the coronavirus was first detected, but it might not be where it originated.

But researchers have raised concerns about conclusions drawn from the Italian study . For one, serological testing, which detects antibodies in the blood that indicate if a person has already been infected, is less precise than DNA-based tests that can be done on fresh or frozen samples.

Hong Kong University virologist Malik Peiris, who was a key figure in identifying the Sars virus during that outbreak nearly two decades ago, said the data from the Italian study “still needs further clarification”.

Due to limitations in how the team extrapolated data from their samples, we “cannot say with confidence this is a genuine result”, he said.

The tests could also be picking up other coronaviruses, even an unknown but related virus, according to Gavin Smith, a professor in the emerging infectious diseases programme at Duke-NUS Medical School in Singapore.

“It’s really difficult to tell. It is possible that it could be this Sars-CoV-2 virus, specifically, that they are picking up,” he said, referring to the formal name for the new coronavirus.

However, Smith said, if that were the case, “the fact that it is picked up in Italy doesn’t necessarily mean that it started in Italy”.

“Based on the weight of historical evidence, it’s likely that it emerged in Asia, but it’s impossible to say anything definite about this [at this time],” he said.

Infectious diseases specialist Sanjaya Senanayake from the Australian National University said it would be “very interesting to see if things went that far back”.

“This would suggest that [the virus] flew under the radar for a long time,” he said, noting there should be “no stone left unturned” when it came to gathering information on Covid-19.

He pointed to other signs of an earlier spread, such as the retrospective discovery of a Covid-19 patient in France in late December, nearly a month before the country confirmed its first cases. Scientists in Italy have also found traces of the new coronavirus in wastewater collected that month.

The WHO’s Van Kerkhove said on Friday that global efforts were continuing to understand the spread of the virus, including testing of retrospective wastewater samples and analysis of genome sequences.

“There are a lot of sources of information, but … the [origin] studies need to begin where the first cases were detected in Wuhan,” she said. “Then we follow the science.”

Vegetable planting in Cambodia up, but not yet feeding local demand in full

Why are Google, Amazon eyeing Indonesia? Because Alibaba, Tencent are too