Coronavirus may be linked to cases of severe hepatitis in children

in Health, Lifestyle, Science, US, World
0 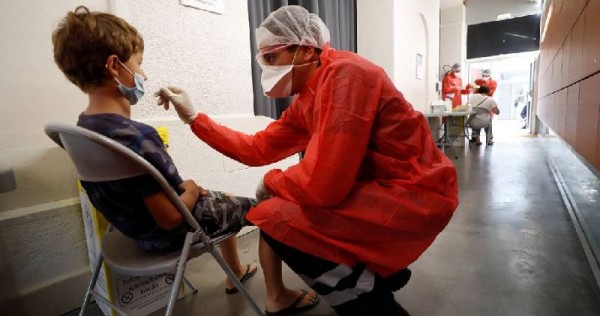 A chain of events possibly triggered by unrecognized infection with the Sars-CoV-2 coronavirus could be causing the mysterious cases of severe hepatitis reported in hundreds of young children around the world, researchers suggest.

Children with Covid-19 are at significantly increased risk for liver dysfunction afterwards, according to a report posted on Saturday (May 14) on medRxiv ahead of peer review.

But most children with acute hepatitis – which is generally rare in that age group – do not report a previous Sars-CoV-2 infection. Instead, the majority have been found to be infected with an adenovirus called 41F, which is not known to attack the liver.

It is possible that the affected children, many of whom are too young to be vaccinated, may have had mild or asymptomatic Covid infections that went unnoticed, a separate team of researchers suggest in The Lancet Gastroenterology & Hepatology.

If that were true, they theorize, then lingering particles of the coronavirus in the gastrointestinal tract in these children could be priming the immune system to over-react to adenovirus-41F with high amounts of inflammatory proteins that ultimately damage the liver.

“We suggest that children with acute hepatitis be investigated for Sars-CoV-2 persistence in stool” and for other signals that the liver damage is happening, because the spike protein of the coronavirus is a “superantigen” that over-sensitizes the immune system, they said.

For hospitalized Covid-19 patients who are breathing on their own but with supplemental oxygen, lying face down might not help prevent them from eventually needing mechanical ventilation, according to a new study.

In the study, 400 patients were randomly assigned to usual care or to standard care plus intermittently lying on their stomachs, a position known to improve the course of illness in sedated patients on mechanical ventilators.

Over the next 30 days, 34.1 per cent in the prone-positioning group and 40.5 per cent in the usual-care group needed to be intubated and put on a ventilator, a difference that was not statistically significant.

There might have been a reduction in the risk for intubation with prone positioning among some of the patients, researchers said on Monday in JAMA, but they could not confirm it statistically from their data.

The average duration of prone positioning per day was roughly five hours, less than the target of eight to 10 hours per day.